Source: PTI
April 18, 2012 19:18 IST
The Ministry of Defence would soon file a title suit in the Supreme Court to claim its ownership of the land on which the controversial Adarsh building stands, its counsel Aniket Nikam said on Wednesday.

Nikam said this while responding to the interim report of the two-member judicial commission, tabled in the state assembly on Wednesday, which held that the disputed land belonged to the Maharashtra government.

Nikam, who represented the Ministry of Defence in the proceedings before the Adarsh judicial commission, said, "The title to any piece of land cannot be established conclusively through the report of the commission which has been set up under the Commission of Inquiry Act.

"The title to a disputed property can be established only by filing a title suit in an appropriate court of law which in this case would be the Supreme Court," he said adding that the defence ministry was in the process of filing the title suit.

Describing the report as an "eyewash", Nikam said the commission had not considered the submissions made by the defence ministry that the Adarsh land belonged to them.

The Commission's report said the defence ministry had failed to establish its claim of title to the land in question. "However, this is not so with the claim of government of Maharashtra. Their claim stands established in view of provisions of section 294 of MLRC, 1966," it said.

"The MLRC came into force from August 15, 1967 and there is no evidence to show that on that date the land in question was occupied by anybody," the report submitted by panel headed by retired high court judge J A Patil and including former state chief secretary P Subrahmanyam said. Nikam argued that the state government had not affirmatively proved its title on this piece of land.

Undertaking but not the one to support its claim of reclamation of Adarsh land, Nikam said.

Nikam said the commission had not considered the argument that if the land belonged to the state government then why did it not initiate action for eviction against defence ministry and why it did not collect any rent from them. 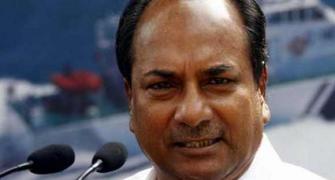 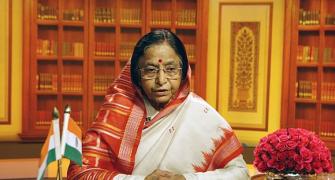