Source: PTI
April 18, 2012 18:22 IST
The beheaded body of a small-time model and Bollywood starlet was recovered on Wednesday from the sewage tank of a house where the father of a woman, arrested along with her paramour for the murder by the Mumbai police, lives as a tenant.

The body of Meenakshi Thapa, with its head severed, was found in the sewage tank of the house located at Georgetown, Additional Superintendent of Police (City) Shailesh Kumar Yadav told the media in Allahabad.

The recovery was affected following information provided by Preeti Elvin Soren and her paramour Amit Jaiswal, arrested by the Mumbai police on charges of murder, he said.

The duo was interrogated for several hours jointly by the Mumbai and local police at the Georgetown police station following which the body was recovered from the sewage tank of the bungalow, the additional SP said.

Preeti's father Naveen, who works as a cook in a renowned public school in the city, lives as a tenant in the house. The accused claimed they had dumped the body in the tank a month ago after strangulating 26-year-old Meenakshi, and, therefore, the corpse was now "in a semi-decomposed state", Yadav said.

"We believe it to be Meenakshi Thapa's body on the basis of alleged killers' statement," the police officer said. The body was likely to be sent for a DNA test to confirm whether it was that of the slain model-cum-actress, he said.

"Efforts are on to trace the head which, the accused claim, was severed after the murder to prevent identification of the deceased," the additional SP said.

Amit Jaiswal allegedly eloped with Preeti, 10 years his junior, after his wife learnt about their relationship about a year ago.

They landed in Mumbai hoping to try their luck in the film industry and met Meenakshi during the shooting of a movie in which the Dehradun-based girl was playing a small role, police sources said.

The duo struck a friendship with Meenakshi, believing her to be hailing from a rich family, and lured her into travelling with them to Allahabad with the promise of helping her bag a heroine's role in a Bhojpuri movie.

The two brought her to the house of Preeti's father, while he was away, on March 13.

There they allegedly strangulated her, dumped her body in the sewage tank and boarded a bus for Gorakhpur with the severed head concealed in a bag which was thrown away en route, the sources said.

On reaching Gorakhpur, they sent an SMS to Meenakshi's mother claiming they had kidnapped her daughter and made a ransom demand of Rs 15 lakh, the sources said. Her mother managed to deposit Rs 60,000 in Meenakshi's account which was allegedly withdrawn by them through her debit card, they said.

The duo returned to Mumbai as Meenakshi's family lodged an FIR after hearing nothing about the girl. 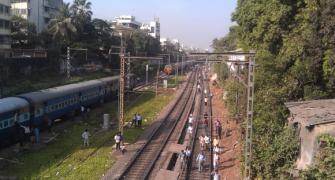 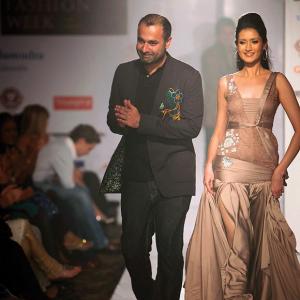 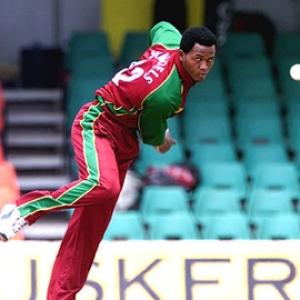