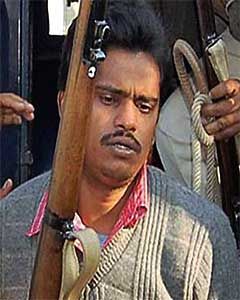 In a fresh development in the Nithari serial murder cases, Ghaziabad sessions court has issued death warrant against Surinder Koli in connection with the brutal killing of 14-year-old Rimpa Halder. Central Bureau of Investigation sources said that a death warrant was issued by additional sessions Judge Atul Kumar Gupta in the name of Koli that he should be hanged to death after the convict exhausted all his legal remedies in this case.

The death warrant has been sent to the Uttar Pradesh government for making necessary preparations for execution of 42-year Koli, who has been sentenced to death in four other cases. Koli has been lodged in a Ghaziabad jail.

The sources said the court had fixed September 12 as the date of hanging but the final date can be reworked with the UP administration.

Union Home Minister Rajnath Singh had earlier recommended to President Pranab Mukherjee that Koli’s mercy plea be rejected barely a month after he had taken over as the minister.

The president, exercising his powers, rejected the mercy petition on July 27, thereby paving the way for the judicial process to commence for hanging of Koli. It was not immediately clear whether Koli would be hanged as already 11 cases of murder were pending against him. CBI had filed a chargesheet against him in 16 cases where he had allegedly killed children after sexually abusing them.

The case came to light in December 2006 when a girl who was found missing was found murdered later by Koli. Investigations into the case led the probe team into more gruesome murders of children and their skeletal remains were recovered from a drain adjacent to the house where Koli was working as a domestic servant.

Koli, who brutally killed and later axed children in Nithari locality of Noida in Uttar Pradesh, was awarded the death sentence by a lower court which was upheld by the Allahabad high court and confirmed by the Supreme Court on February 15, 2011 for the murder of Rimpa Halder in 2005.

Holding that Koli “appears to be the serial killer”, the court had said, “No mercy can be shown to him.” A total of 16 cases were registered against Koli. His employer Moninder Singh Pandher, who was also sentenced to death in Rimpa Haldar case, was acquitted by the Allahabad high court. Out of 16 cases filed against Koli, he has been awarded death sentence in five of them so far and others are still under trial.

Koli had given a graphic detail during his confessional statement where he had claimed to have even cut some of his victims and even cooked it. He also stated that he had sex with some of the victims after killing them.

Relying upon the Koli’s confessional statement of how he used to allure and kill young girls in Noida, the Supreme court, while rejecting his mercy petition, had said, “The confessions had been made voluntarily before the magistrate and there is no defect in it.” 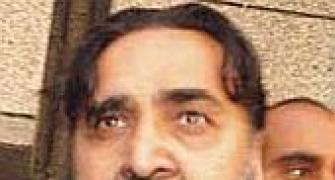