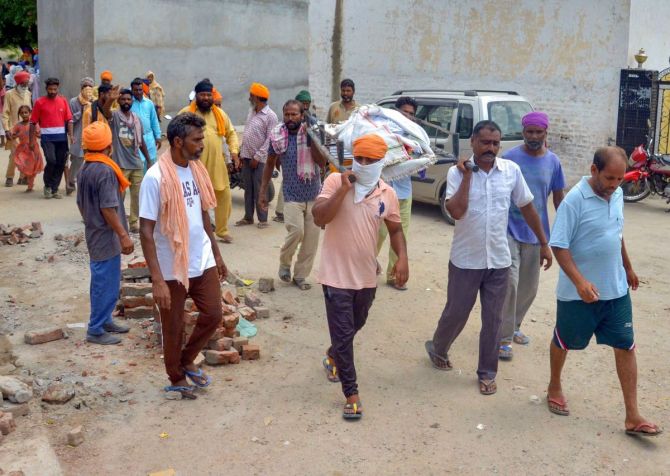 The government also announced a compensation of Rs 2 lakh for each of the families of the deceased, they said.

Tarn Taran alone accounted for 63 deaths, followed by 12 in Amritsar and 11 in Gurdaspur's Batala.

Till Friday night, the state had reported 39 deaths in the tragedy unfolding since Wednesday night.

According to an official statement, the CM ordered the suspension of seven excise officials, along with six policemen.

Among the suspended officials are two deputy superintendents of police and four station house officers.

Strict action will be taken against any public servant or others found complicit in the case, said the chief minister, describing the police and excise department failure to check the manufacturing and sale of spurious liquor as shameful.

Nobody will be allowed to get away with feeding poison to our people, he added.