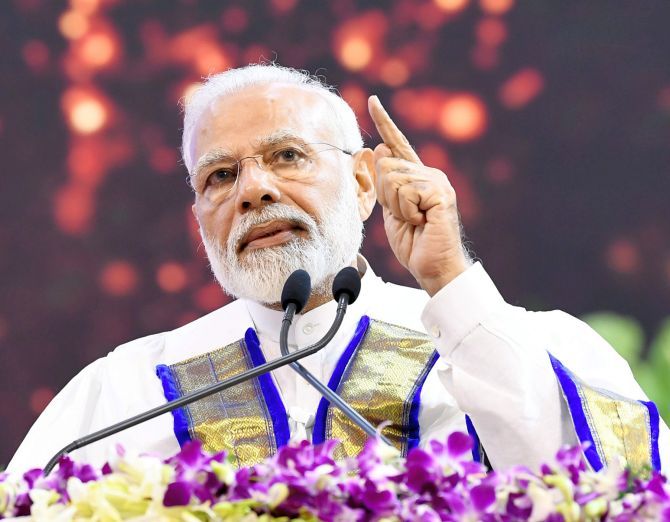 An assistant director of national broadcaster Doordarshan in Chennai has been suspended following "disciplinary proceedings" against her.

The official order by Prasar Bharati dated October 1 in this connection did not specify any reason but only said R Vasumathi, assistant director (programme), Doordarshan Kendra, Chennai, has been placed under suspension under relvant rules with "immediate effect."

Sources in the know said the issue pertains to Doordarshan's coverage of Prime Minister Narendra Modi's visit in Chennai on Monday.

The prime minister had addressed the India Singapore Hackathon 2019 and the 56th Concvocation of IIT, Madras.

He had also given away prizes to the winners of the Hackathon.

Modi had earlier addressed BJP workers at a party organised felicitation for him at the airport on his arrival in Chennai.