Jammu and Kashmir police had shared an intelligence input, uploaded on a private Twitter account a couple of days back, with all security agencies in which Pakistan-based Jaish-e-Mohammed had threatened to carry out the suicide attack on security forces, officials said Thursday.

At least 37 Central Reserve Police Force personnel were killed on Thursday in one of the deadliest terror attacks in Jammu and Kashmir when a Jaish suicide bomber rammed a vehicle carrying over 100 kg of explosives into their bus in Pulwama district that also left many critically wounded, officials said.

The input shared by the state police had attached the Twitter handle that carried a 33 second video of troops in Somalia being attacked by terrorists in a similar fashion as was replicated on Thursday on a bus carrying CRPF personnel at Pulwama in South Kashmir.

The Twitter handle "313_get" is not open for public viewing.

The Twitter handle is being operated using the virtual private network making it difficult for the security agencies to establish the location of its operator, they said.

The same was shared during the meeting held two days back and all security formations were alerted about a possible terror attack similar to that carried in the Twitter handle.

Jammu and Kashmir police had also prepared a dummy video to explain how terrorists may possibly carry out such an attack, the officials said. 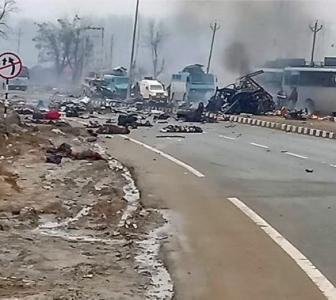 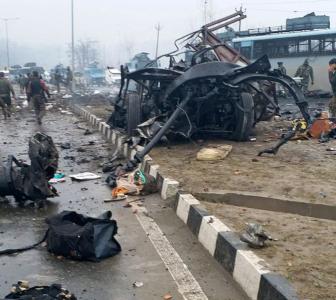