Day after Singhu lynching, plea in SC for early removal of protesting farmers

A day after a man's body with a hand chopped off was found at the farmers' protest site at the Singhu border, a plea has been filed in the Supreme Court seeking an urgent hearing of a pending petition which has sought removal of protestors. 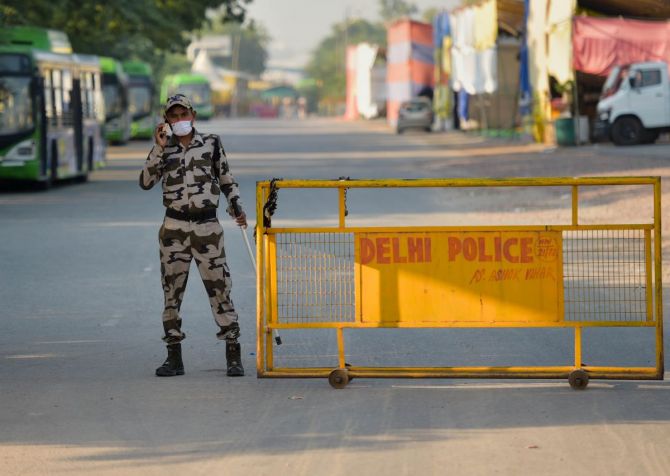 IMAGE: A security person keeps vigil at Singhu Border near the site of the farmers protest, in New Delhi, on Friday, October 15, 2021. Photograph: Ravi Choudhary/PTI Photo

The body of Lakhbir Singh, 35, from Punjab's Taran Taran district, was found tied to an overturned police barricade at the site where farmers are protesting three Central farm laws for over 10 months.

His body bore over 10 wounds caused by sharp-edged weapons and the incident is being blamed on a group of Nihangs.

Referring to the incident, a fresh plea has been filed for urgent hearing of the PIL, pending since March this year, saying "The right to freedom of speech and expression cannot supersede the right to life and if this protest is allowed to go in like this, the nation at large will be at a loss."

The interim application has been filed by Swati Goel and Sanjeev Newar in their pending PIL through lawyer Shashank Shekhar Jha.

"After the incident of mutilating and murder of the Dalit man, I have moved an urgent mentioning application before Supreme Court," the lawyer said, adding, "Anti-human activities are happening in the name of protests, including rape of a woman and killing of and mutilating a Dalit man. It cannot be allowed to continue."

Besides seeking the removal of protesting farmers, the plea has also sought the issuance of guidelines by the Centre to the states and Union Territories to stop all kinds of protests and not permit them until the pandemic gets over.

"A protest which in itself is illegal cannot be continued when it is witnessing anti-humanitarian acts," the PIL said, adding the protests have seen many unforeseen and unacceptable things including the tractor rally on Republic Day, rape of a woman and its cover-up at the site and murder of Lakhbir Singh on Dusshera.

The plea said at a time when there is a ban on celebrating festivals, visiting temples, going to school and colleges, allowing such protests will serve no good.

"Protestors are not only putting their life at risk but of millions of people of India and such a prolonged agitation cannot be allowed especially during ongoing pandemic since prolonged protests on public places are not only a clear violation of Supreme Court rulings but is violating Right of Life of others who are directly or indirectly affected by the said protests," it said.

The plea said the PIL, which was listed first on May 10, could not be heard due to the crash of a server at the apex court on that day and later dates of hearings also, it could not be taken up.

Meanwhile, the top court is also hearing a separate plea of a NOIDA resident Monicca Agrawaal.

She has sought the removal of blockades saying earlier it took 20 minutes to reach Delhi and now it is taking over two hours and that people of the area are facing hardships due to the protests at the UP Gate on the Delhi border.

On October 4, the top court sought responses from 43 farmers' bodies and their leaders, including Rakesh Tikait, Darshan Pal and Gurnam Singh, leading protests at Delhi borders, on a plea of the Haryana government alleging they have not been participating in talks with its panel to resolve the impasses over road blockade here.

Haryana has moved an application seeking to make 43 bodies and individual leaders of various farmers' organisations in the PIL filed by Agrawaal.

The farmers are protesting for the last 10 months against the passage of three laws -- Farmers Produce Trade and Commerce (Promotion and Facilitation) Act, 2020, Essential Commodities (Amendment) Act, 2020 and Farmers (Empowerment and Protection) Agreement on Price Assurance and Farm Services Act, 2020.

Initially, the protests started from Punjab in November last year and later spread mainly to Delhi, Haryana and Uttar Pradesh. 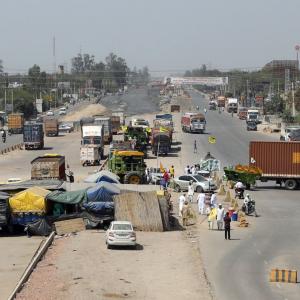 Man lynched at Singhu, hands cut off for sacrilege 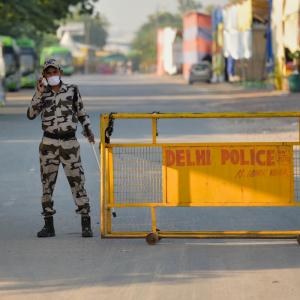