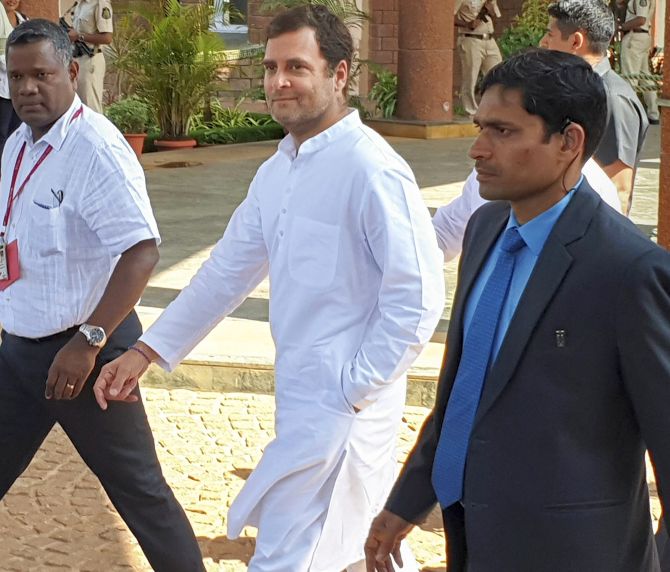 Parrikar, 63, who has been suffering from a pancreatic ailment, heads the BJP-led government in the coastal state.

The meeting comes a day after Gandhi alleged that the "Goa audio tapes", cited by the Congress to attack the Centre on the Rafale issue, were authentic and Parrikar was in possession of "explosive secrets" that give him power over Prime Minister Narendra Modi.

Gandhi arrived in the assembly premises around noon, soon after the House was adjourned following Goa Governor Mridula Sinha's address, which was boycotted by Congress members.

After his arrival, the Congress president went to meet the chief minister in his chamber in the assembly complex.

Gandhi later went to the opposition lobby in the assembly to meet Congress MLAs.

He held a meeting with them for 10 minutes before leaving.

The Congress chief refused to talk to waiting mediapersons, saying, "I am getting late."

Leader of Opposition Chandrakant Kavlekar, who accompanied Gandhi to meet Parrikar, said, "It was a courtesy visit to enquire about Parrikar's health. There was no discussion other than enquiring about his health condition."

Kavlekar said Rahul Gandhi had an informal discussion with Congress MLAs in Goa as he would be arriving in Panaji next month to address party workers.

Rahul Gandhi and his mother Sonia Gandhi were on a private visit to the coastal state.

"I had asked the chief minister. He told me that even in the past, four to five times, Rahul Gandhi had called on his (Parrikar's) son's mobile phone and enquired about his health," Sardesai told reporters after the Congress president left the assembly complex.

The minister appreciated Gandhi's move to enquire about a political opponent's health.

"This is a positive development in politics. The political leadership in the country is concerned about the health and well-being even of its opponents is something which has to be lauded," he added. 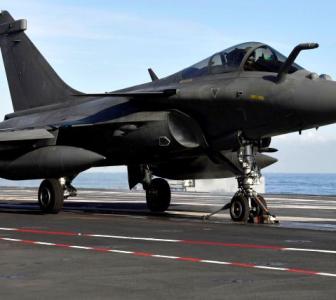