China launched a fresh broadside against Dalai Lama, accusing him of perpetuating feudalism and warned that any attempts to separate Tibet from the country are doomed to fail, on Saturday.

On the eve of the 'Serfs Emancipation Day' being observed in Tibet on Sunday, Padma Choling, chairman of Tibet's Autonomous Regional Government said, "He (Dalai Lama) who fled to India after the communist takeover of Tibet perpetuated feudalism."

China designated March 28 in Tibet as Serfs' Emancipation Day, to mark the end of what it says was a system of feudal oppression.

It was on March 28, 1959, that the Communist Party announced the dissolution of the existing local government in Tibet, following the Dalai Lama's escape. China says that this move freed about one million Tibetans from serfdom and slavery.

Choling said the democratic reform in Tibet aimed at emancipating 'serfs' in Tibet 51 years ago under the leadership of the Communist Party of China was lofty and righteous.

"The Tibetans have achieved remarkable development since 1951. No reactionary force could block the powerful current of Tibet's progress," Choling said while delivering a speech via CCTV.

"The Tibetans cherish the hard-won happy and stable life and will steadfastly safeguard social stability, ethic unity and national unification. Any attempts to separate Tibet from China are doomed to fail," he added.

The net income per capita of farmers and herdsmen saw a year-on-year growth of 11.2 per cent to reach 3,532 yuan, he said adding that fine traditional culture had been inherited and developed.

The preservation of cultural relics is going well. Tibetan opera and the Gesar epic have been listed as the world's intangible cultural heritage, he said.

The policy of protecting the freedom of religious belief is fully implemented and the ecological environment of the plateau is under sound protection, he
Source: PTI© Copyright 2020 PTI. All rights reserved. Republication or redistribution of PTI content, including by framing or similar means, is expressly prohibited without the prior written consent.
Related News: Dalai Lama, Tibet, Choling, China, Communist Party
SHARE THIS STORY
Print this article
Maoists threaten to extend bandh indefinitely 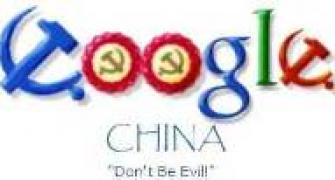