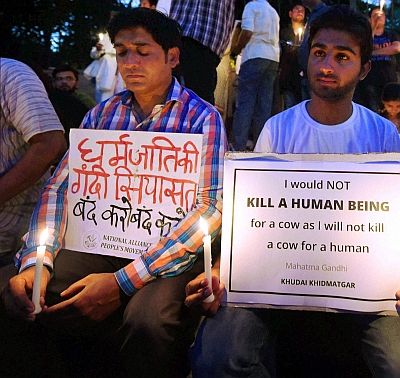 Tension spread to nearby areas of Bishada village in Dadri on Monday after meat pieces were found in an adjoining village even as the district magistrate decided to further restrict entry of visitors to the troubled spot and examine statements made by controversial BJP MLA Sangeet Som during his visit to the area.

The Dadri district magistrate also ordered an FIR against the 'Hindu Rakshak Dal' for violating Section 144 that is presently imposed in the district.

Police force has been deployed in Chithera village, which is about five km from Bishada, as tension prevailed over recovery of meat pieces on Sunday evening.

Dadri DSP Anurag Singh said some persons had kept the meat pieces in the village to create communal disturbance.

Police teams are investigating the matter and security has been stepped up in the village.

As tension prevailed in Bishada, which witnessed the lynching of a man over rumours of alleged beef consumption, his elder brother Jameel Ahmad appealed that no innocent person should be punished for his brother's death.

Ahmad said on the fateful day he was at Loni, Ghaziabad when he got a call from his brother's daugther that a mob had dragged her father out and was assaulting him.

"I want justice but innocent persons should not be implicated in the case. Real culprits should be punished," said Ahmad.

Sartaj, another brother of the deceased, appealed that family members should be left alone as they do not want to meet any visitor.

With many leaders making a beeline to the village, District Magistrate NP Singh has restricted entry of politicians or others who could create ruckus.

Asked about the visit of Som who addressed a public meeting on Sunday and asked Chief Minister Akhilesh Yadav to stop shedding "crocodile tears", the district magistrate said Som's convey was stopped one km from the village and only the BJP leader and his security persons were allowed.

Nobody will be allowed to flout rules, he stressed.

The district magistrate has issued directions that prohibitory orders should be effectively implemented in the district and ought explanation from the ADM and SDM as to how people were allowed to assemble and hold meetings when Section 144 is in force.

DSP Anurag Singh said a home guard was questioned along with several others but his role in the episode was not yet confirmed.

On Sunday, Chief Minister Akhilesh Yadav met the family of 50-year-old Ikhlaq, who was lynched in Dadri over beef eating rumours, and assured them of justice.

"I could not go to the village (Dadri) and so I felt it would be appropriate if I meet them here (Lucknow)... The family is in a state of shock. Nothing can make up for their loss. We can share their grief, but cannot erase the scene they witnessed," he had said.

Iqlakh was dragged out of his home by a 200-strong mob and beaten to death after a public announcement from the local temple that the family had slaughtered a calf and eaten its meat on Monday night in Bishada village.

Congress has attacked the BJP and the Narendra Modi government over the incident and said all progressive thinking people should stand up against it.

Source: PTI© Copyright 2020 PTI. All rights reserved. Republication or redistribution of PTI content, including by framing or similar means, is expressly prohibited without the prior written consent.
Related News: Dadri DSP Anurag Singh, Bishada, Jameel Ahmad, Som, Akhilesh Yadav
SHARE THIS STORY
Print this article
The Dadri incident is a chilling turning point in our politics 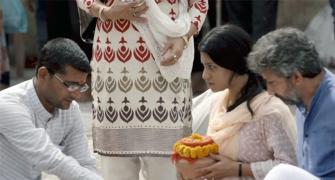 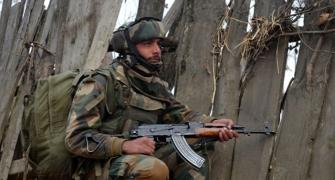 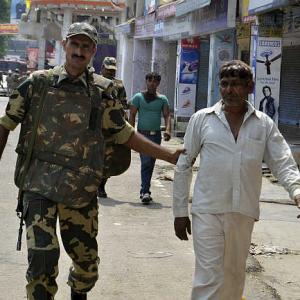