In what could be a major breakthrough in the murder case of rationalist Narendra Dabholkar, the Central Bureau of Investigation has recovered a firearm from a creek in neighbouring Thane district of Maharashtra, sources in the probe agency said. 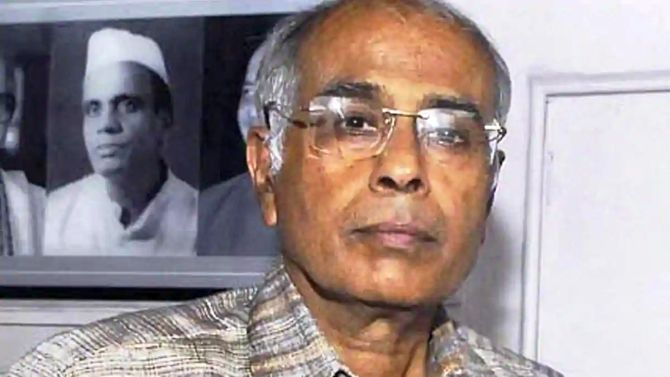 The CBI hired services of a foreign sea explorer agency to search and recover the firearm used in the killing of Dabholkar.

The CBI earlier claimed in a Pune court that one of the accused shooter, Sharad Kalaskar, dismantled the firearm used in commission of the crime and threw it in a creek in Thane.

"A weapon has been recovered during the search operation, but whether it is related to the crime or not will only be confirmed after the ballistic report from the forensic laboratory," a CBI official said on the condition of anonymity.

He, however, refused to divulge any further details about the recovered weapon.

Advocate Sanjeev Punalekar, one of the accused in the case who was arrested and is currently on bail, is alleged to advised Kalaskar to destroy the firearms used in the crime.

Punalekar, before his arrest, had represented members of the Sanatan Sanstha and other activists in various cases in courts.

The CBI earlier claimed that during the investigation, it came to light that in June 2018, Kalaskar visited Punalekar's chamber in Mumbai where he explained his role in the killing of Dabholkar.

"Punalekar then told Kalaskar to destroy the firearms used in the killings, including of journalist Gauri Lankesh (in Bengaluru)," the CBI earlier claimed before the Pune court.

The agency also told the court that on July 23, 2018, Kalaskar dismantled four country-made pistols (by taking out barrels and sliders) and threw them from a bridge in Thane creek while on way to Nallasopara (in adjoining Palghar district) from Pune.

Dabholkar, a well-known anti-superstition activist, was shot dead on August 20, 2013 in Pune.