Cyclone Tauktae likely to reach near Guj coast on May 18: IMD

The depression formed over Lakshadweep in the Arabian Sea would turn into a cyclonic storm in the next 24 hours and reach near the Gujarat coast on the morning of May 18, officials said on Friday. 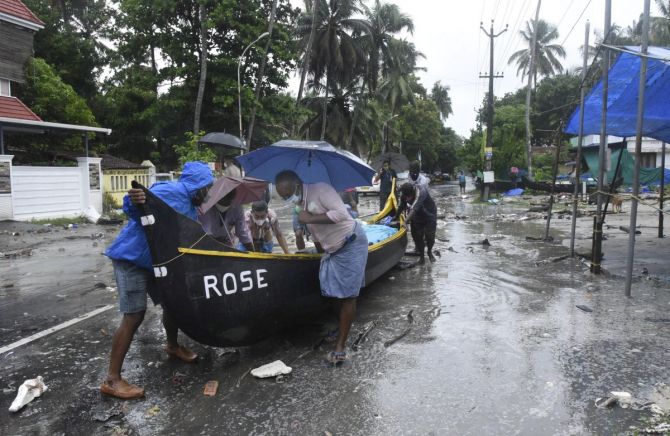 IMAGE: People shift a boat to safe place after it sailed away amid strong winds and heavy rains, owing to a cyclonic formation in the Arabian Sea, in Kochi, on Friday. Photograph: PTI Photo

This cyclonic activity would bring rain or thunderstorm in the coastal belt between May 16 and 18, with some of the places in the region receiving heavy to extremely heavy rainfall on Monday and Tuesday, they said.

In view of this prediction, all ports in Gujarat have been asked to hoist a signal to warn fishermen against venturing into the sea.

"As of now, there is no prediction whether it will make a landfall on the Gujarat coast, and a clear picture would emerge only by tomorrow," said Manorama Mohanty, assistant director of the Meteorological Centre in Ahmedabad.

Taking no chances, the Gujarat government has already alerted the collectors of all the coastal districts to take necessary steps for the safety of people.

In its latest bulletin, the India Meteorological Department (IMD) said that Cyclone Tauktae, once it is formed, is likely to intensify into a 'very severe cyclonic storm' on May 17 with wind speed of 150 to 160 kmph.

As per the latest weather bulletin, the depression was centred over Lakshadweep about 1,120 km south southeast of Veraval (Gujarat) and was likely to intensify into a cyclonic storm during the next 24 hours.

'Tauktae is likely to move north north-eastwards initially for some more time and then move north-north westwards and reach near Gujarat coast by May 18 morning,' the IMD release said.

"The cyclone would reach near Gujarat coast on May 18. The cyclonic activity would bring rain, and at some places thunderstorms, in the entire coastal belt on May 16, 17 and 18. Some places along the coast would get heavy to extremely heavy rainfall on May 17 and 18," Mohanty told reporters in Ahmedabad on Friday.

While local authorities were already instructed to alert the fishermen and bring them back to coast if they are in the sea, those who are on the coast are barred from venturing into the sea as a precautionary measure till the situation improves, she said.

To alert the seafarers about the approaching cyclone, all the ports in Gujarat have been asked to hoist 'Distant Cautionary Signal Number 2', she said.

Meanwhile, the National Disaster Response Force (NDRF) has earmarked 53 teams to tackle possible after-effects of the cyclone. These teams are being deployed in the coastal regions of Kerala, Karnataka, Tamil Nadu, Gujarat and Maharashtra, a top NDRF official has earlier said. 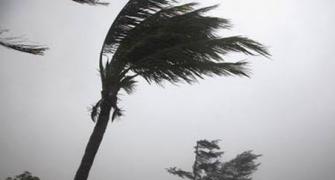 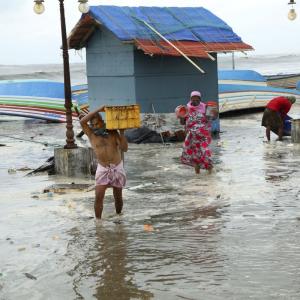 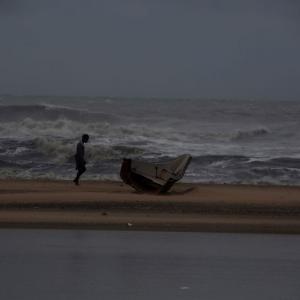