A very severe cyclonic storm with winds gusting up to 185 km per hour began making landfall on the Gujarat coast Monday night, after dumping heavy rains on Mumbai, forcing the evacuation of over 1.5 lakh people in Gujarat and leaving two barges with 410 people on board adrift in the Arabian Sea. 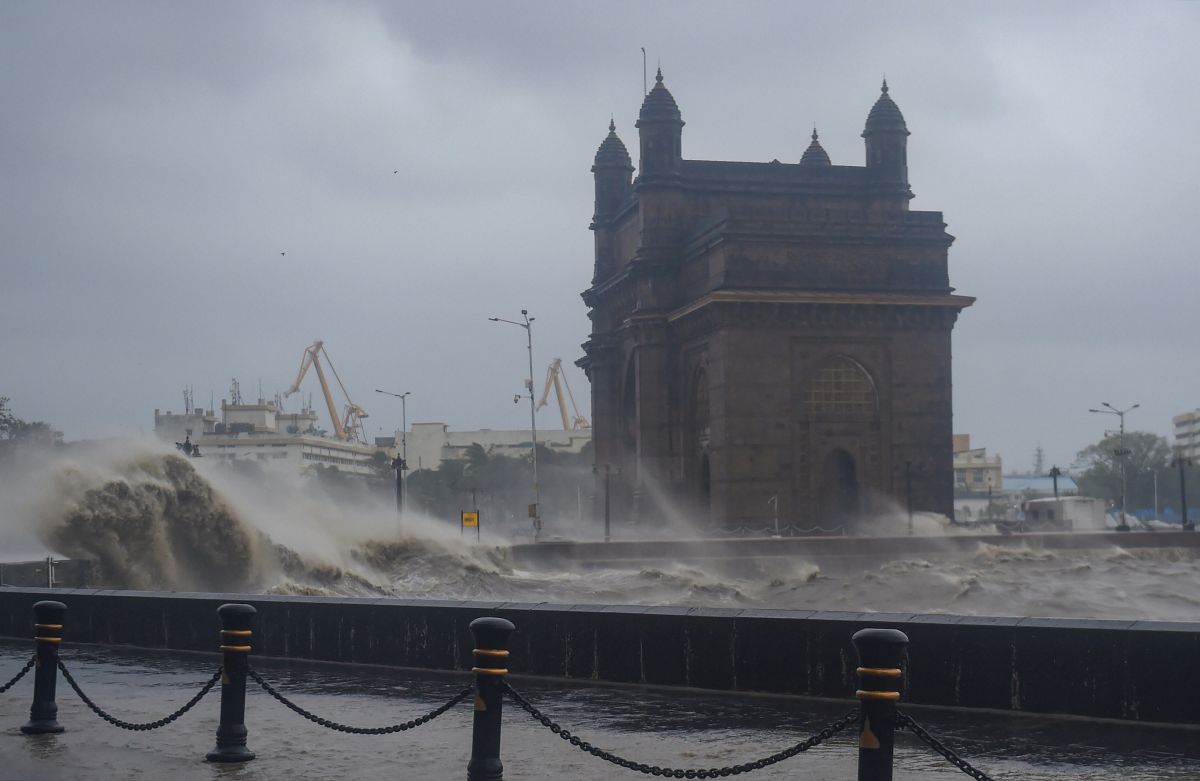 Tropical storm 'Tauktae' (pronounced as Tau'Te) which had intensified into a very severe cyclonic storm, lies close to the Gujarat coast, the India Meteorological Department said. "The landfall process has started and will continue during next two hours," the IMD said.

Three persons died in Raigad district, a sailor in Sindhudurg district and two persons were killed in Navi Mumbai and Ulhasnagar in Thane district after trees fell on them.

Two boats with seven sailors on board, anchored in the Anandwadi harbour in Sindhudurg district capsized, an official statement said.

As the cyclone moved past the Maharashtra coast in the morning, Mumbai's Chhatrapati Shivaji Maharaj International Airport initially announced the suspension of operations from 11 am to 2 pm and later decided to keep all operations shut till 8 pm.

Over 1.5 lakh people were shifted from low-lying coastal areas in Gujarat, while 54 teams of the NDRF and SDRF remained deployed, an official said.

At least 17 COVID-19 patients on ventilator support in the Porbandar Civil Hospital's ICU were shifted to other facilities on Monday as a precautionary measure because of cyclone Tauktae which is heading towards the Gujarat coast, an official said.

The Centre has offered all help to Gujarat to deal with the cyclone and asked the Army, Navy and the Air Force to remain on standby to assist the administration if the need arises, the Gujarat government said.

The PM called up Rupani and enquired about the state government's preparedness to deal with the cyclone, the CMO said.

A major cyclone in Gujarat on June 9, 1998 had brought widespread death and destruction in its wake, particularly in the port town of Kandla.

While official figures had then put the death toll at 1,173, adding 1,774 went missing, media reports, eyewitness and volunteer accounts suggested that this was grossly an understatement.

A leading news magazine had then claimed that at least 4,000 people had died and countless went missing as bodies were washed to the sea.

The Indian Navy on Monday deployed three of its frontline warships after receiving messages to rescue 410 people on board two barges off the Mumbai coast.

The ships deployed to extend assistance to the two barges were INS Kolkata, INS Kochi and INS Talwar.

"On receipt of a request for assistance for a barge 'P305' adrift off Heera oil fields in Bombay high area with 273 personnel onboard, INS Kochi was swiftly sailed with a despatch for search and rescue assistance," Indian Navy spokesperson Commander Vivek Madhwal said.

"In response to another SOS received from barge 'GAL Constructor' with 137 people onboard about 8NM from Mumbai, INS Kolkata has been sailed to render assistance," the Navy officer said.

A Navy spokesperson in Mumbai said in the night that the rescue operations on Barge 305 were being undertaken amid extreme weather conditions.

Winds blew at 114 kmph in Mumbai on Monday afternoon as the cyclonic storm passed close to the Mumbai coast, civic officials said.

The highest wind speed of 108 km per hour was recorded at the Colaba observatory in the afternoon, said Shubhangi Bhute, senior director, IMD Mumbai.

As Mumbai and other coastal areas continued to be battered with heavy rains, over 12,000 people were relocated to safer places from the coastal areas.

On Monday, Mumbaikars woke up witnessing gusty winds and heavy showers due to the cyclone.

Many Mumbaikars are enjoying the change in weather amid the coronavirus pandemic.