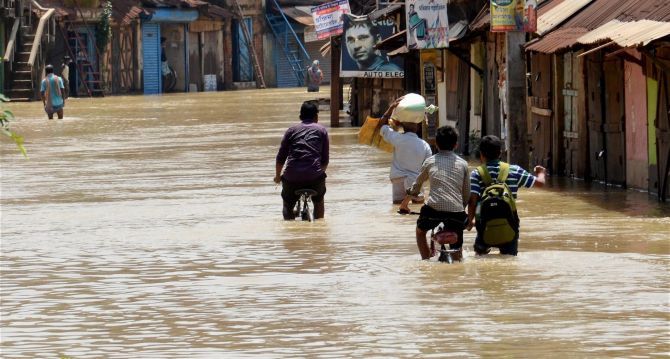 The India Meteorological Department (IMD) on Thursday predicted "heavy to very heavy" rainfall in parts of West Bengal and north Odisha in the next 48 hours due to the cyclonic storm 'Komen' and advised fishermen in both the states not to venture into the sea along and off the coast during the period. Villagers wade through the flooded water of Kunye river after the heavy rainfall in Birbhum district of West-Bengal. Photograph: PTI

After making landfall in Bangladesh, it will move west-north-westwards and weaken gradually.

There would be rains at most places, with heavy to very heavy rainfall at isolated places over the northeastern states of Mizoram, Tripura and Assam till Friday. 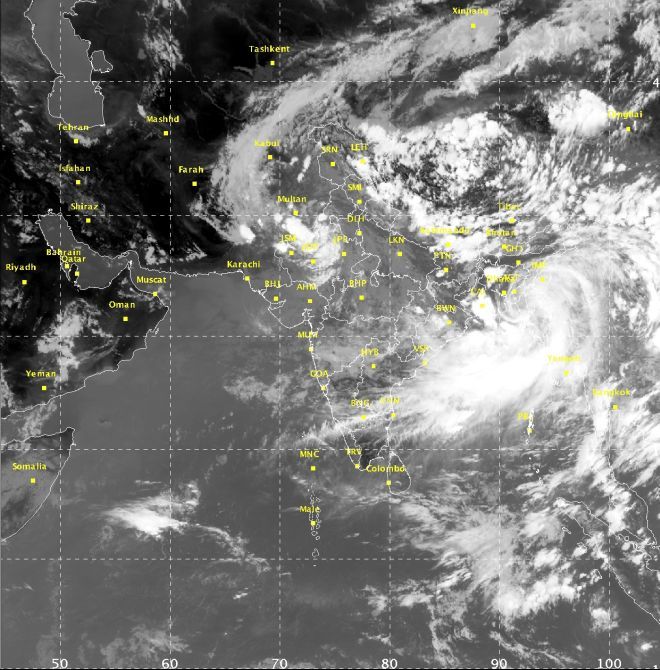 Jharkhand will also witness heavy to very heavy rains on Friday and on August 1.

“Squally wind speed reaching 50-60 kmph gusting to 70 kmph would prevail along and off West Bengal and north Odisha coasts during next 48 hours.

“Squally wind speed reaching 40-50 kmph gusting to 60 kmph would prevail over Mizoram and Tripura commencing from this evening for next 24 hours and over Gangetic West Bengal from tomorrow morning. Sea condition would be high over north Bay of Bengal during the same period,” Mohapatra added.

Meanwhile, the depression over Gujarat and Madhya Pradesh that brought heavy rains to the states leading to a flood-like situation has now reduced to a “well marked low pressure area” over West Rajasthan and neighbourhood areas.

“Heavy to very heavy rainfall will occur at isolated places over Rajasthan during next 24 hours,” the IMD said in its advisory. 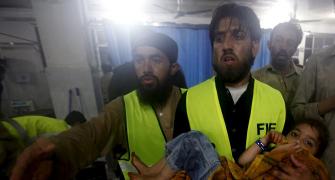 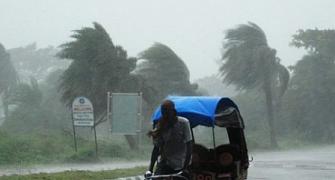 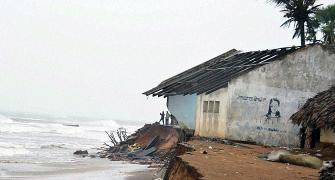 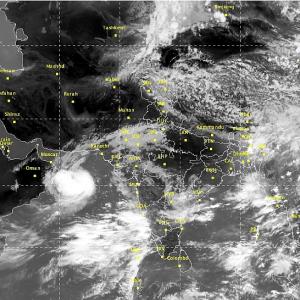 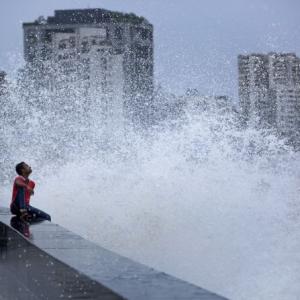