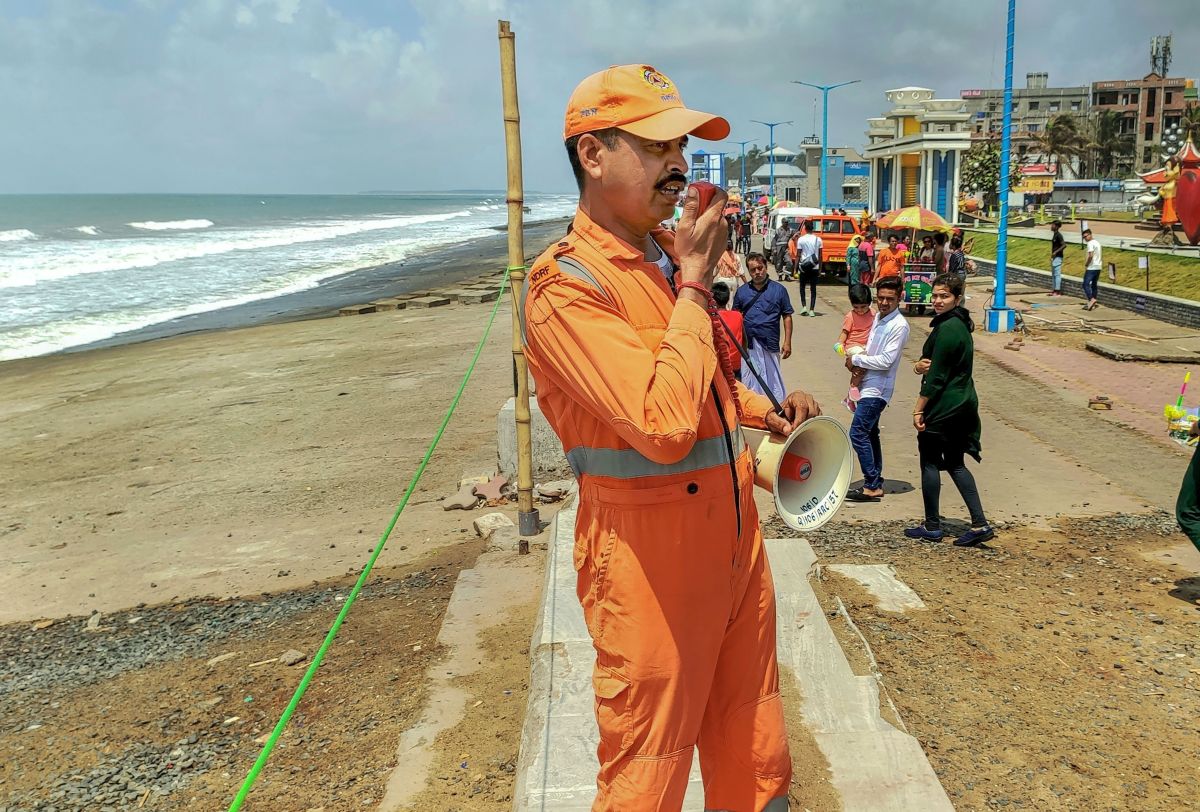 The Met Department has predicted light to moderate rainfall across parts of West Bengal, Andhra Pradesh and Odisha with the probability of the severe cyclonic storm 'Asani' recurving.

"Four Air Asia flights also stand cancelled due to bad weather at Vizag for the day," he added.

At the Chennai airport, 10 flights including those from Hyderabad, Visakhapatnam, Jaipur and Mumbai have been cancelled.

As per the Chennai Airport Authority, information regarding cancellation was conveyed to the passengers on Monday.

Duty Officer at the Cyclone Warning Centre of Visakhapatnam, Kumar said that severe cyclonic storm Asani is over the west-central region and the adjoining southwest region of Bay of Bengal.

"It is 330 km south-southeast of Visakhapatnam likely to move further northwest till tonight, thereafter it'll recurve," he added.

Gale wind speed reaching 95-105 km per hour gusting to 115 km per hour is prevailing around the system centre over Westcentral and adjoining the southwest Bay of Bengal.

"It would gradually decrease becoming 80-90 km per hour gusting to 100 km per hour over Westcentral and adjoining Northwest Bay of Bengal from the evening. Squally wind speed reaching 40-50 kmph gusting to 60 kmph is likely along and off north Andhra Pradesh coast," IMD said.