Curfew imposed in parts of Kashmir ahead of Friday prayers 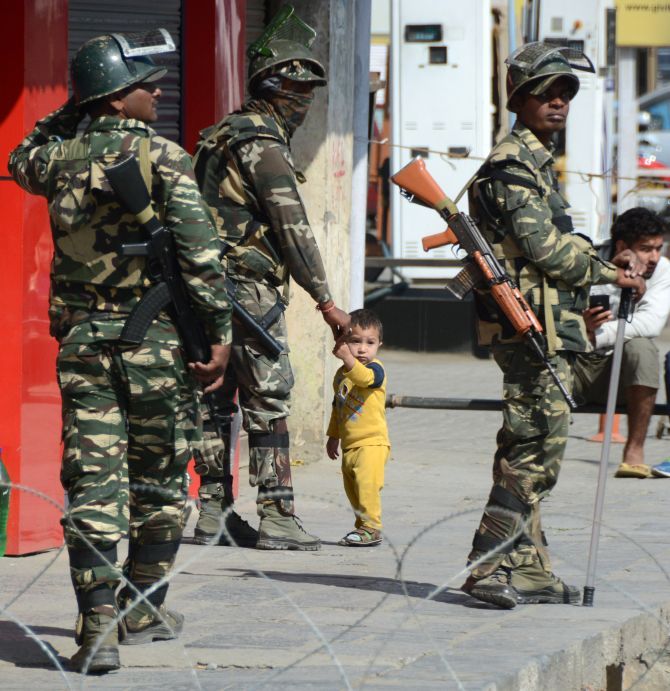 Curfew continued on Friday in interior parts of Srinagar and some other areas as a precautionary measure in view of violence witnessed after Friday prayers last week.

Normal life remained affected in Kashmir Valley for the 98th day due to the ongoing unrest which erupted after killing of Hizbul Mujahideen terrorist Burhan Wani in July.

He said the curbs on the movement of people in these areas have been imposed as a precautionary measure to maintain law and order in view of violence witnessed after Friday prayers last week in which a minor boy had died due to pellet injuries.

The official said while there were no curbs on the movement of people anywhere else in Kashmir, restrictions on the assembly of people under Section 144 Code of Criminal Procedure were in force throughout the Valley.

He said security forces have been deployed in sensitive areas to maintain law and order as also to instill a sense of security among the people so that they can carry out their day to day activities without fear.

Movement of private transport and auto-rickshaws was thin in the civil lines areas of Srinagar including around the commercial hub of Lal Chowk where signs of normalcy where seen after the separatists had announced evening relaxation in the strike.

The unrest, which has claimed 84 lives and left thousands of others injured in clashes between protestors and security forces, is in its fourth month as shops, business establishments, petrol pumps and educational institutions remained closed.

Over 300 persons have been booked under Public Safety Act.