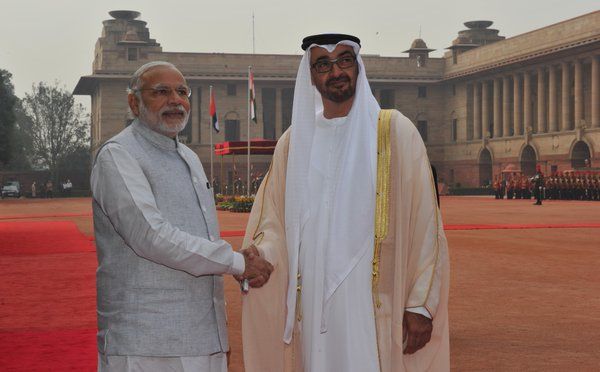 Crown Prince of Abu Dhabi Sheikh Mohamed bin Zayed Al Nahyan will be the Chief Guest at the Republic Day parade next year.

This was announced by External Affairs Spokesman Vikas Swarup in New Delhi on Sunday.

In a letter to Prime Minister Narendra Modi, Mohamed bin Zayed expressed "thanks for the kind invitation to attend India's Republic Day celebrations".

"Our strong relations are deeply rooted in history. Our strategic cooperation has increased, driven by our mutual aspirations to develop it," the Crown Prince said.

The visit of Al Nahyan, who is also the Deputy Supreme Commander of the UAE armed forces, is expected to give boost to bilateral ties in the key areas of trade and security.

It is also significant given that UAE is a close ally of Pakistan, whom India is trying to diplomatically isolate over the issue of cross-border terrorism.

During Modi's visit in August last year, the two countries had condemned efforts, including by states, to use religion to justify, support and sponsor terrorism against other countries, or to use terrorism as instrument of state policy.

They had also decided to strengthen their cooperation in the area of counter-terrorism.

Trade is another important component of the bilateral ties as UAE is India's third largest trading partner after China and the United States. Bilateral trade between UAE and India is around USD 60 billion.

There are also more than 2.6 million Indians live in the UAE and their annual remittance is estimated to be around USD14 billion.