A week after it was suspended, the Poonch-Rawalakot cross-Line of Control bus service resumed on Monday, with 46 stranded passengers, including 40 from Pakistan-occupied Kashmir, returning home, an official said. 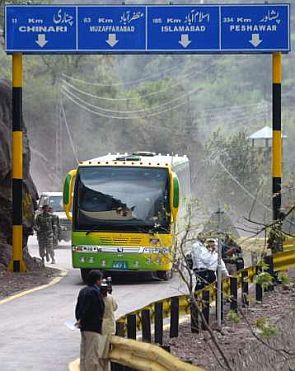 The weekly service was suspended on August 19 after authorities in PoK did not respond to a call from their Indian counterparts to let a bus get across the LoC, according to officials.

The permits of two other PoK residents, who had arrived in Jammu and Kashmir's Poonch a week ahead of Eid-ul-Azha to meet their relatives, is yet to expire, he said, adding that there was no fresh traveller from either side.

The bus service, popularly known as 'Paigam-e-Aman', is on every Monday and it did not stop despite tension along the LoC in view of frequent ceasefire violations by Pakistan which has claimed the lives of three army personnel and a civilian since August 17.

However, it was suspended last Monday, after officials said "we had sent a message to PoK authorities for bus service today (August 19), but they did not respond".

The relations between India and Pakistan is under strain following Centre's move to scrap special status to Jammu and Kashmir and its bifurcation into two Union territories -- Jammu and Kashmir, and Ladakh -- early this month.

Billed as the biggest confidence building measure, the bus service was started on the Srinagar-Muzaffarabad route in Kashmir in April 2005 and the Poonch-Rawalakot route in the Jammu region in June 2006, to facilitate divided families on either side of the LoC to meet each other.

The trade, which works on the barter system, between the two parts of Kashmir started in October 2008.

However, India announced suspension of the trade at two points - Salamabad of Baramulla in Kashmir and Chakkan-da-Bagh of Poonch in Jammu in April, following reports that it was being "misused" by elements from across the border to smuggle weapons, narcotics and fake currency.

The government has said the issue of reopening of the LoC trade would be revisited after a stricter regulatory and enforcement mechanism is worked out and put in place in consultation with various agencies. 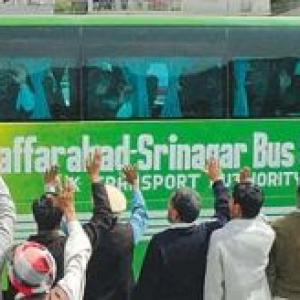