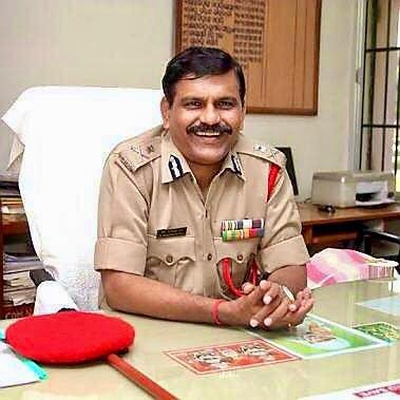 The 1986 batch Odisha cadre IPS officer has been described as a competent officer and is known for his acumen in handling disasters.

The 1986 batch Odisha cadre IPS officer M Nageswar Rao, who has been made interim director of the Central Bureau of Investigation, is known for his acumen in handling disasters in the state as well as neighbouring Andhra Pradesh.

The selection of Rao to head CBI was lauded by many as the country’s premier investigation agency is, for the first time in its history, hit by a situation akin to a disaster.

Describing Rao as a competent officer, former Odisha Director General of Police Gopal Nanda said the former’s experience will help in proper functioning of the agency.

Rao is considered a “crisis manager” in the Odisha Police circle and has often engaged in difficult situations, he said.

He is the second Odisha cadre officer to head the CBI.

Earlier, Uma Shankar Mishra of the Odisha cadre had worked as the director of the CBI.

Rao, as the Additional Director General of Fire Service and Home Guards of Odisha, had displayed excellent performance in disaster management during cyclone Philin in 2013 and Hudhud in 2014, recalled a senior officer.

Rao’s team in 2014 bagged the first Chief Ministers award for Excellence in Governance and Innovation in Public Service for outstanding work during cyclone Phailin and Hudhud. The IPS officer was also awarded Rs 5 lakh prize.

The Andhra Pradesh government and people of Visakhapatanam highly appreciated the commendable work of the Odisha Fire Service under Rao’s leadership.

In the 80s and 90s, Talcher was known as the ‘second Dhanbad’ for coal smuggling and criminal activities. Rao, then a young IPS officer, effectively controlled the situation and earned appreciation from one and all.

Rao has also worked as SP of Mayurbhanj, Nabarangapur, Bargarh and Jagatsinghpur districts. He was also SP, Railways at Rourkela and Cuttack as well as SP of Crime Branch.

In Mayurbhanj, Rao took special interest in launching a programme targeting Lodha tribes members, who had adopted crime as their profession for generations. With assistance and guidance from then Mayurbhanj district collector Hawa Singh Cahar, Rao brought reform in the community and effectively persuaded the tribe to refrain from crime.

Rao has also earned the distinction of being the first police officer in Odisha to use DNA finger printing technique in crime investigation and detected an unknown rape case when he was SP of Jagatsinghpur district in 1996. The rape case ended in conviction of the accused for seven years.

A post-graduate in Chemistry from Osmania University, Rao used his ability to use science in crime detection and solved the rape case. He had also undertaken research work at IIT-Madras before joining the Indian Police Service in 1986.

Hailing from Mangapet village of Warangal district in Telangana, Rao also contributed as an SP Crime Branch in successful prosecution and getting the main accused Belu Das convicted in the 1991 Hooch tragedy that killed more than 200 people in Cuttack.

He was known for detecting Urea diversion scam in Nabarangpur district and Sulphur scam in the Paradeep Phosphates Limited in Paradip.

His anti-insurgency works in Manipur as DIG (Operations) of the Central Reserve Police Force also earned him a lot of praise. As IGP, CRPF, Eastern Sector, Kolkata, he personally led Lalgarh operations against the Naxals in 2008.

Rao was instrumental in establishing CoBRA Battalion of CRPF and sanctioning of 2nd Group Centre of CRPF at Sambalpur. As IG CRPF, Rao also played a key role in defusing tension in riot-hit Kandhamal in 2008. 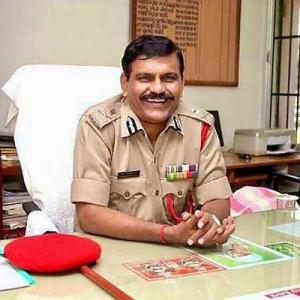 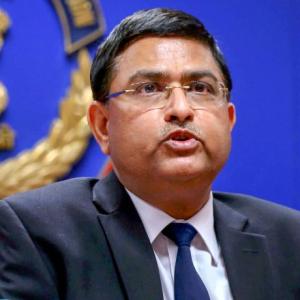