Source: PTI
March 14, 2012 19:21 IST
Gay rights activists on Monday submitted in the Supreme Court that criminalising homosexual acts is against constitutional values and law should not interfere when consenting adults are involved.

Naz Foundation, an non-government working for the welfare and rehabilitation of HIV infected persons, contended that homosexuals are facing social ostracism with gay sex being declared as an offence.

Appearing before a bench of justices G S Singhvi and S J Mukhopadhaya, the NGO supported the Delhi high court verdict decriminalising gay sex among consenting adults in private which was earlier an offence punishable up to life imprisonment.

"They are (homosexuals) our brothers and sisters and citizens of the country. If they cannot express their sexuality then they are second-class citizen of the country. It is against our constitutional values," advocate Anand Grover, appearing for the NGO, said.

"It amounts to demeaning their worth and marginalising them in society. They are not able to reveal their sexual expression as it has been made an offence in the society. Even incest is not an offence," he further said.

Countering the arguments of social and religious organisations that gay sex is immoral, he said that such acts among consenting adults is private affair and law should not interfere. "It is not an issue of public morality but about private morality and purpose of law is not to interfere in private morality," he said.

The apex court is hearing petitions filed by anti-gay rights activists as also by political, social and religious organisations, challenging the Delhi high court verdict decriminalising gay sex as provided in Section 377 of the

Senior Bharatiya Janata Party leader B P Singhal, who had opposed in the high court the plea for legalisation of gay sex, has challenged the verdict in the Supreme Court, saying such acts are illegal, immoral and against ethos of Indian culture.

Earlier, the Centre had informed the apex court that there are an estimated 25 lakh gay population and about seven per cent (1.75 lakh) of them are HIV infected.

The affidavit, filed by the health ministry, said that it is planning to bring 4 lakh high risk Men who have Sex with Men (MSM) under its AIDS control programme and it has already covered around 2 lakh. 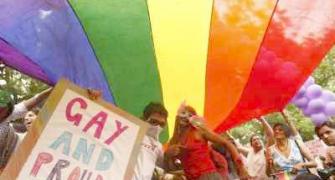 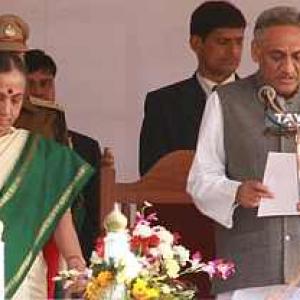 BJP committee to find reasons behind UP poll defeat