The political turmoil in Bihar pushed the law and order to the back burner. Satyavrat Mishra reports 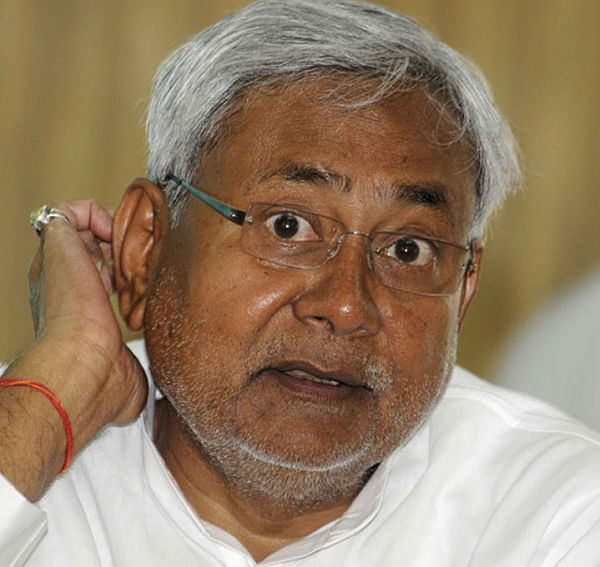 Bihar Chief Minister Nitish Kumar is known for using every available opportunity to flaunt his achievement of improving the state's law and order situation.

However, in recent times, there has been a sharp rise in crimes, especially those against women, which has put Kumar in a piquant position.

In 2005, when Kumar took the reins of Bihar, his first meeting was with the senior police and administrative officers.

In that meeting, he gave clear instructions that all measures be taken to ensure rule of law in the state, which had been notorious for murders, kidnappings and other heinous crimes.

The situation improved dramatically under Kumar and by the end of his first full tenure, the law and order situation in the state had undergone a sea-change.

Once a demoralised force, the Bihar Police was beaming with pride when it successfully put around 50,000 criminals behind bars in four years.

This was made possible with speedy trials, in which fast-track courts were set up to deliver justice in a timely manner.

The model was such a success that other crime-infested states such as Uttar Pradesh evinced interest in adopting the 'Bihar model'.

Kumar's campaign against crime continued during the early years of his second tenure, too.

The later years of Kumar's second term were like a roller coaster ride; first his break-up with the Bharatiya Janata Party in 2013, then his resignation in 2014 and his comeback in 2015.

The political turmoil pushed the law and order to the back burner.

The recent surge in crimes has put the state government on the defensive and raised questions on its commitment on law and order.

With 8.6 per cent of India's population, the state still accounts for 10 per cent of violent crimes reported nationwide according to the National Crime Records Bureau data.

Around 200,000 cognizable offences were registered in Bihar last year, which shows a rise of 42 per cent over 2010.

A total of 15,000 crimes against women were reported last year, one of the highest in India.

On an average, three women were raped every day in Bihar last year, which registered a total of 1,127 rape cases -- 41 per cent higher than that in 2010.

Notably, the state saw a phenomenal rise of 65 per cent in rape cases between January and June this year.

In case of riots, the state government has not been able to put a check. A total of 13,566 cases of riots were registered last year.

Between January and June this year, the state witnessed a 80 per cent increase in riot.

Theft and burglaries also peaked in Bihar with 22,888 cases of theft and 4,674 cases of burglaries being registered last year.

The NCRB has found Bihar, along with Uttar Pradesh, the most unsafe to travel by road.

The state accounts for around 10 per cent of India's total murder cases.

Till June this year, Bihar has witnessed 1,627 violent deaths.

Between January and June this year, there was a 45 per cent rise in murder cases.

Earlier this year, the meteoric rise in crime forced the then governor Keshri Nath Tripathi to ask for a detailed report from the state government on the law and order situation.

Police officials suggest the rise is mainly because of the fact that people are now reporting crimes because they are not afraid of criminals due to stringent policing.

However, opposition parties disagree with this logic.

Senior BJP leader Sushil Kumar Modi says, "The recent surge in crime is proof that state is failing in curbing crimes because the government's focus has shifted from ensuring law and order to survival. Last month, two minor girls from backward castes were gang-raped in Rohtas in front of their brother. Instead of bringing the culprits to justice, the police pressurised the victims to change their statement. When a member from the National Commission for Backward Castes tried to contact them, the police reported that they are not traceable. Those girls later had to come to Patna on their own expense to record their statement in front of the Commission."

Some analysts also allege that most of the kidnapping for ransom cases have been reported under miscellaneous kidnapping head to bring down those cases.

"When I was on the job, between 2005-08, I had clear instructions to curb crime at all costs. There was no ambiguity and the leadership wanted results. However, clarity is missing now-a-days. In fact, in several cases, police refuses to even record cases. This is done to show a substantial decrease in ransom cases," says Ashish Ranjan Sinha, former Director General of Police.

He points towards the slow rate of conviction in the state in the past two years.