The Supreme Court said on Friday that the issue of carving out a separate state of Telangana from Andhra Pradesh was a "political question" which cannot be answered by it. It said no larger constitutional question arose at this stage from the issue as there is no decision on the division of the state requiring its interference to examine the legality.

"We are of the view that at this stage, the larger constitutional question does not arise for consideration. As far as the division of the state is concerned, it is a political question and we cannot answer that," a Bench comprising Chief Justice S H Kapadia and Justice K S Radhakrishnan said. The Bench disfavoured the idea of laying down of guidelines for exercising powers by the government to go into the contentious issue of creating a separate Telangana state from Andhra Pradesh. It said that when a law is proposed for carving out the new state, it would consider the matter afresh. "Till date, no law has been proposed for the purpose of carving out the state and as and when something is proposed or enacted, we will consider it and it will be open

The court's attention was drawn to the fact that government has appointed Justice B N Srikrishna Commission to look into the creation of Telangana state. However, the Bench said it will not go into that aspect as it was not speculating about what would be the recommendation of the Committee.
Source: PTI© Copyright 2021 PTI. All rights reserved. Republication or redistribution of PTI content, including by framing or similar means, is expressly prohibited without the prior written consent.
SHARE THIS STORY
Print this article
Andhra Pradesh General, Vocational results on SMS
Hockey India gets Supreme Court nod for election
What the Supreme Court had to say about Amit Shah 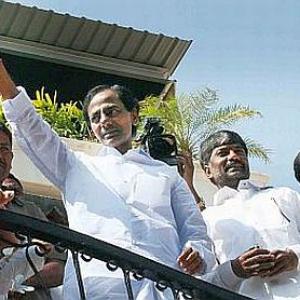 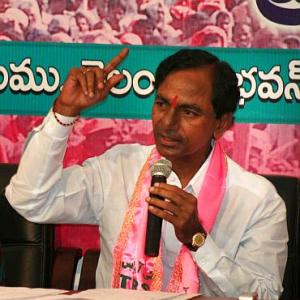