Senior CPI (M) leader M Y Tarigami on Friday filed a plea in the Supreme Court seeking early hearing of the petition challenging the constitutional validity of the Centre's decision to revoke the special status of Jammu and Kashmir. 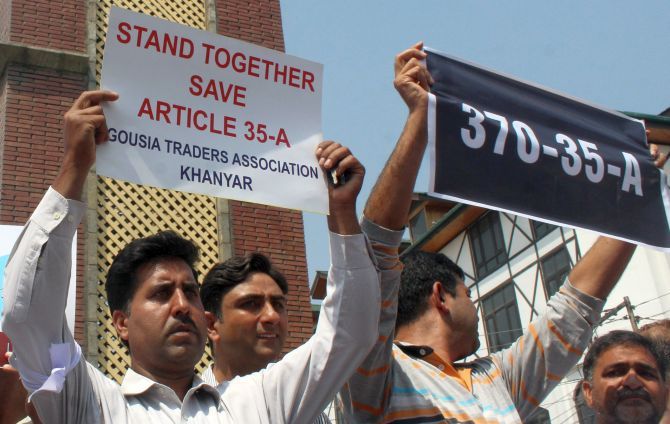 In his petition, Tarigami said despite the fact that the challenge to the constitutional validity of orders by the Centre on August 5, 2019 as well as the J-K (Reorganisation) Act, 2019 is pending before the Supreme Court, the central government has taken some 'irreversible actions'.

He said the Centre has constituted a Delimitation Commission to mark boundaries in the territory for all the constituencies before an assembly election can be held.

The CPI (M) leader said if the matters were not heard urgently, "grave injustice will be caused to the applicant".

"In such view of the matter, the applicant herein is seeking an early hearing of said writ petition," he said.

"In view of the above facts and circumstances this Hon'ble Court may have kind indulgence to direct the respondents accordingly, in the interest of justice, otherwise the Applicant will be put to irreparable loss, injury and hardships," the petition said.

Tarigami submitted that the court may be pleased to list his writ petition (Civil) no. 1210 of 2019 on an early date, in the interest of justice and pass such other order or further orders as the Court may deem fit and proper in the circumstances of the case.