'Our client is suffering due to the ill-effects of the vaccine. He has to be compensated for his suffering. Further, a detailed investigation has to be done on the Covishield vaccine and its side-effects,' says the volunteer's advocate. IMAGE: Kindly note that this image has been used for representational purposes only. Photograph: Joe Raedle/Getty Images

The 40-year-old Chennai volunteer, who had earlier sent a legal notice to the Pune-based Serum Institute of India against its Covishield vaccine trial, has decided to move court.

Earlier, he had sent a legal notice seeking Rs 5 crore in damages, alleging he had developed severe neurological complications and impaired cognitive functions after he took the first jab, for which SII is seeking marketing authorisation from the Indian regulator.

R Rajaram, one of the advocates for the volunteer's family, told Business Standard that they are preparing the writ petition and will be moving court in the next few days.

They have asked the Centre and the Indian Council of Medical Research to not give SII approval to test, manufacture, and distribute the vaccine.

"..he (the volunteer) was healthy till he got the first dose. We want SII to prove there is absolutely no correlation with the vaccine trial and his medical condition," said Rajaram, adding that SII’s lawyers wanted his client to withdraw the legal notice.

“Our client is suffering due to the ill-effects of the vaccine. He has to be compensated for his suffering. Further, a detailed investigation has to be done on the Covishield vaccine and its side-effects,” said N G R Prasad, advocate, Row & Reddy.

Meanwhile, the volunteer has asked Sri Ramachandra Institute of Higher Education and Research and the hospital to return his medical records.

According to ICMR norms, a patient is entitled to copies of all his medical records.

He claims the volunteer's condition has not improved significantly and he’s still unable to focus.

The volunteer is a Chennai-based business consultant.

He volunteered for the third phase of human trials at Sri Ramachandra Institute for testing the COVID-19 vaccine developed by the University of Oxford.

He had signed the consent form on September 29 after the test for antibodies against COVID-19 was negative.

The Covishield study vaccine was administered to him on October 1, according to the legal notice sent by the volunteer to SII and others.

Ten days after the jab, there was no serious adverse effect, but on October 11, the volunteer woke up with a debilitating headache and nausea.

There was complete behavioural change in him. He was not aware of his surroundings. He showed irritation towards light and sound, and resisted any effort to wake up, said the legal notice.

On its part, SII said it would file a countersuit claiming damages of over Rs100 crore, which the volunteer's wife had termed “shocking, intimidating, and childish".

Describing the allegations in the legal notice sent by the family of the volunteer as "malicious and misconceived", SII said the volunteer was "falsely laying the blame for his medical problems on the vaccine trial". 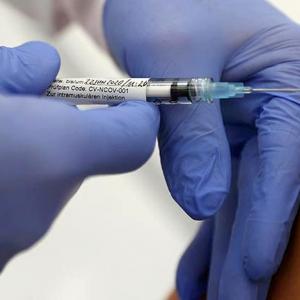