A vaccine for COVID-19 is expected only by early next year, a parliamentary panel was informed on Friday. 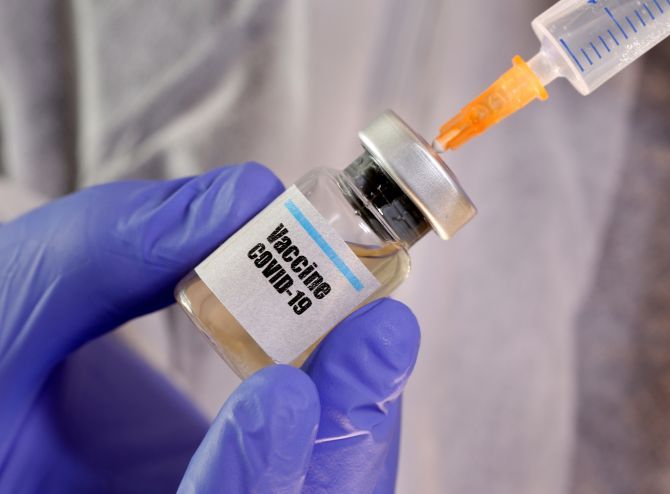 The panel is chaired by senior Congress leader Jairam Ramesh, who, along with six other members, attended the meeting.

Sources said it was conveyed to the panel that a vaccine for COVID-19 could be available only by early next year.

This was the first meeting of the panel since the nationwide lockdown was imposed on March 25.

Rajya Sabha Chairman M Venkaiah Naidu said the delay in the resumption of parliamentary committee meetings was forced by circumstances beyond control.

'I am glad that Department Related Parliamentary Standing Committees have resumed functioning, three and half months since the last sitting of Parliament on March 23rd,' he wrote on Twitter.

Naidu said everyone was keen on resumption of work by these committees, 'but the delay was forced by circumstances beyond our control'.

'Corona pandemic did cast a shadow on the working of these committees, which function on behalf of the Parliament,' the vice president said.

Naidu said all possible measures were taken to enable the committee meetings by complying with the norms of social distancing, wearing of masks etc.

'I am hopeful these committees would now go about examining important issues concerning respective domains,' he said.

Urging Naidu for the holding of virtual meetings, Ramesh, in a tweet, said, 'I would still request you Sir to allow virtual meetings given that Parliament is unlikely to meet for the next month at least.'

The sources said the other members present at the meet also sought virtual deliberations.

A detailed discussion was held at the meeting over the government's preparedness and handling of COVID-19.

'Our Parliamentary Standing Committee is having a most informative and useful meeting with @DBTIndia @IndiaDST @CSIR_IND & @PrinSciAdvGoI on the issue of Science & Technology & COVID-19.

'Too bad we are not allowed to have virtual meetings so that more MPs could have participated,' Ramesh wrote on Twitter.

The Parliamentary Standing Committee on Home Affairs is scheduled to meet on July 15.

While the members of the panels are demanding virtual meetings, the presiding officers of both Houses of Parliament have said this requires a change of rules and endorsement by the Rules Committee of Parliament as also a nod from Parliament.