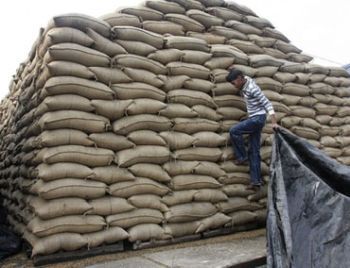 The Union Cabinet on Wednesday approved a proposal to extend distribution of 5 kg foodgrains per month for free under the Pradhan Mantri Garib Anna Yojana (PMGKAY) to over 80 crore ration card holders for four months till March 2022, a decision that will cost an additional Rs 53,344 crore to the exchequer.

Free foodgrains under the PMGKAY scheme, which was announced in March last year to provide relief to poor people during the COVID pandemic, is over and above the normal quota provided under the National Food Security Act (NFSA) at a highly subsidised rate of Rs 2-3 per kilogram.

Briefing about the decision, I&B Minister Anurag Thakur said the Cabinet has extended the PMGKAY programme by four months till March 2022.

This will cost an additional Rs 53,344 crore to the exchequer, he said, adding that the total cost of PMGKAY would reach about Rs 2.6 lakh crore, including all five phases of this ongoing programme.

In the wake of economic disruptions caused by the unprecedented outbreak of COVID-19 in the country last year, the government had in March 2020 announced the distribution of additional free-of-cost foodgrains (rice/wheat) to about 80 crore National Food Security Act (NFSA) beneficiaries.

The Phase-I and Phase-II of this scheme were operational from April to June 2020 and July to November 2020, respectively.

"The PMGKAY scheme for Phase V from December 2021 till March 2022 would entail an estimated additional food subsidy of Rs 53,344.52 crore," an official statement said.

The total outgo in terms of foodgrains for PMGKAY Phase V is likely to be about 163 lakh tonnes.

So far, under the PM-GKAY (phase I to IV), the Centre has allocated a total of almost 600 lakh tonnes of foodgrains to the states/UTs, equivalent to about Rs 2.07 lakh crore in food subsidy.

"Overall, the government will be incurring an expenditure of nearly Rs.2.60 lakh crore in PMGKAY Phase I- V," the statement said.

As per the reports from the states/UTs so far, 93.8 per cent of foodgrains have been lifted. 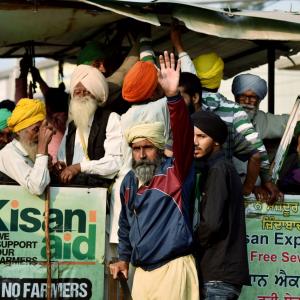