News
Business
Movies
Sports
Cricket
Get Ahead
Money Tips
Shopping
Sign in  |  Create a Rediffmail account
Rediff.com  » News » '6 Delhi hospitals have run out of oxygen, 7 have under 5 hours left'

'6 Delhi hospitals have run out of oxygen, 7 have under 5 hours left' 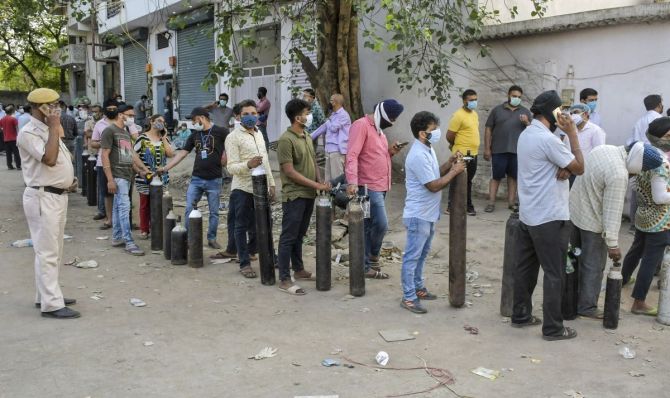 IMAGE: Family members of Covid-19 patients wait outside an oxygen-filling centre to refill their empty cylinders, as demand for the gas rises due to spike in coronovirus cases, at Mayapuri in New Delhi, April 22, 2021. Photograph: PTI Photo.

"Police and senior officials of the administration in Uttar Pradesh and Haryana are stalling the tankers carrying oxygen, delaying the tankers from reaching Delhi hospitals on time," Sisodia said in the letter.

"I urge you to ensure that the oxygen allocated for Delhi by the Centre reaches there without any delay to save lives of the patients," he added.

The Centre on Thursday directed states to ensure uninterrupted production and supply of medical oxygen and its transport along inter-state borders and said the district magistrate and superintendent of police of the district concerned will be held responsible if there is any violation of its order.

The directive under the stringent Disaster Management Act 2005 was issued by Union Home Secretary Ajay Bhalla in the wake of reports that some states blocked supply of medical oxygen to other states amid the sudden spike in coronavirus cases and demand for it.

With several private and government hospitals in Delhi running low on medical oxygen for COVID-19 patients, the Centre raised the national capital's oxygen quota from 378 metric tonnes to 480 metric tonnes on Wednesday.

Sisodia, however, said the increased quota has either not reached Delhi or there have been considerable delay. 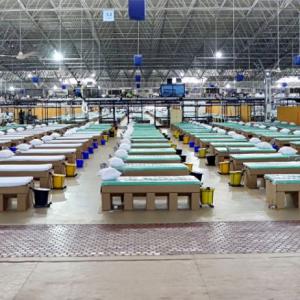 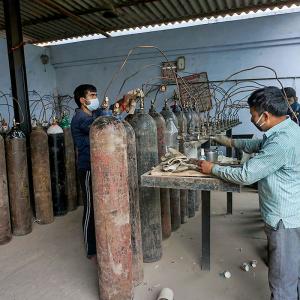