With 94,612 people recuperating from COVID-19 in a span of 24 hours, the total number of recoveries in the country has surged to 43,03,043, taking the national recovery rate to 79.68 per cent, the health ministry said on Sunday. 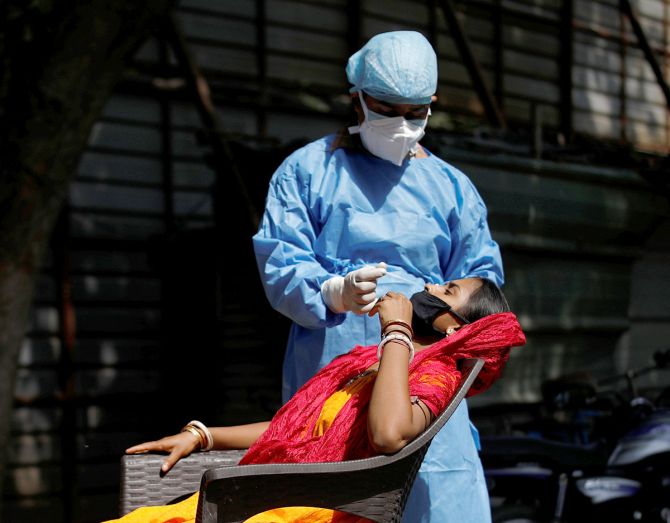 IMAGE: A healthcare worker wearing personal protective equipment takes a swab from a migrant laborer for a rapid antigen test at the site of an under construction residential complex amidst a coronavirus disease outbreak in New Delhi. Photograph: Adnan Abidi/Reuters

Maharashtra continued to top the chart with more than 23,000 new recoveries, while both Karnataka and Andhra Pradesh accounted for over 10,000 single-day recoveries, it said.

The country has reported more than 94,000 recoveries for two successive days, the ministry said.

"Also, 52 per cent of the new cases are concentrated in five states. These are also the states contributing maximum to the new recoveries," the ministry underlined.

Maharashtra accounted for over 20,000 (22.16 per cent) of the new cases. Both Andhra Pradesh and Karnataka accounted for more than 8,000 cases, it said. 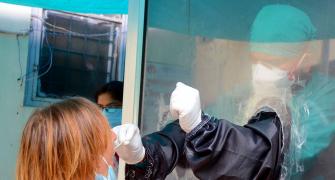 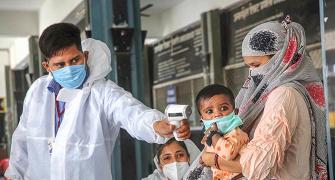 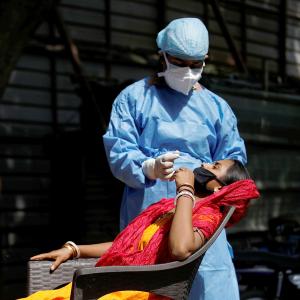 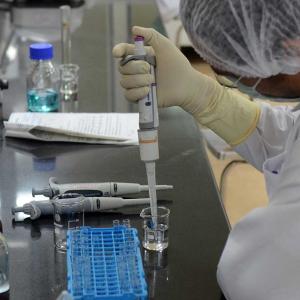