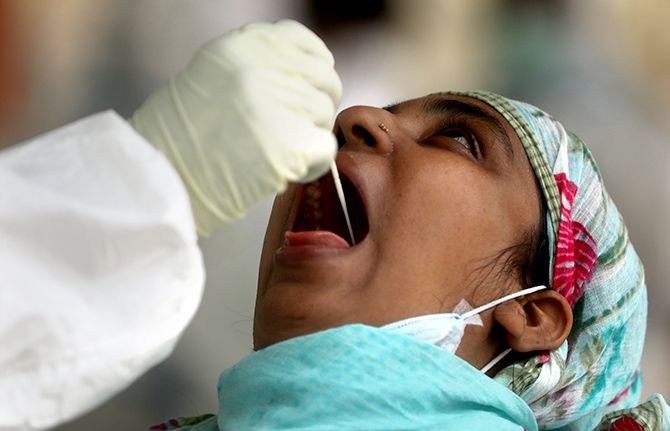 In an encouraging sign, the COVID-19 test positivity rate in Mumbai has dropped below 10 per cent, municipal commissioner Iqbal Singh Chahal said on Friday.

The test positivity rate (TPR) is defined as proportion of samples that return positive among the total tested.

Highlighting that 85 per cent of the new cases are asymptomatic, the IAS officer said the number of vacant beds available in city hospitals increased to 5,725 on Friday afternoon, indicating a drop in fresh admissions

According to the data provided by Chahal, who took charge of the BMC during the pandemic last year, Mumbai had a TPR of 20.85 per cent in the beginning of April.

The highest positivity rate during the month was 27.94 per cent, reported on April 3, when 11,573 people had tested positive after 51,313 samples were examined.

The data suggested that test positivity rate started slipping below 20 per cent from April 19.

Earlier this week, Dr Shashank Joshi, a member of the Maharashtra government's COVID-19 task force, had said Mumbai may have turned the corner in its fight against the pandemic.

He had said the turnaround was due to the metropolis tackling the surge in cases during the second wave of the infection with the "ATM strategy", which is 'Assess, Triage and Transfer, and Management'. 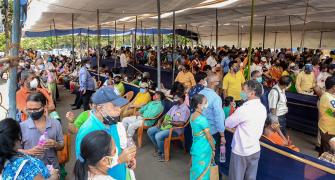 Over 2.45 cr register for Phase 3 of Covid vaccination 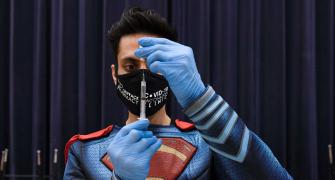 Covid vaccine: Too early to say if booster dose needed 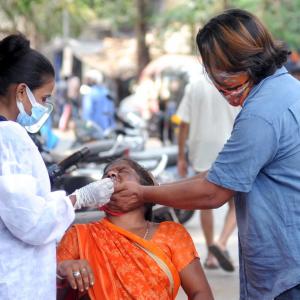