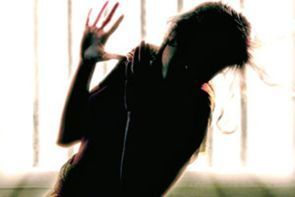 A Delhi court dismissed the bail pleas of the four friends of murdered NRI student Anmol Sarna who were arrested in connection with the case.

The court had on Thursday sent Shivank and Madhav to judicial custody while the remaining four accused, Pranil and Ritham, and Surender Bali, 46, and Naresh Mishra, 60, were sent to Tihar jail on September 17.

Bali and Mishra were security guards at the housing complex in south Delhi where the friends were partying on the night of the incident.

According to police, 24-year-old Anmol was murdered after a scuffle at a farewell party at Pranil's flat in Southpark Apartment in Kalkaji on September 13 night.

Police had said that Anmol and the said friends had consumed drugs in Pranil's bedroom at about 9 pm.

Around midnight, as the drugs took effect, Anmol allegedly started screaming and turned violent, smashing an LCD television set and damaging some other articles.

While three friends left the premises on foot and were later picked up by Shivank's father in an inebriated state, Anmol sat outside the duplex house on the second-floor and kept screaming.

A neighbour then called the security guards, Surender and Naresh, who then allegedly assaulted Anmol with their batons.

So far, police have arrested six persons, including the guards who have been booked for the alleged murder, whereas the four friends, all in their 20s, have been booked under Section 22/27/29 of the Narcotic Drugs and Psychotropic Substances Act.

Magistrate Wason, while rejecting the bail applications of Shivank, Madhav, Pranil and Ritham, said the investigation in the case is at a initial stage and releasing them from jail will hamper the probe.

It also rejected their arguments that they have been booked under sections of NDPS Act, which is a bailable offence, and said "it's too early to say that they are not involved in the murder of the deceased (Anmol) as police are still investigating the case from all angles."

Shivank, Madhav and Ritham's counsel K T S Tulsi has told the court that the boys have been booked for consuming drugs and not for murder.

"As per the police, the four have bought 300 micro gram of drugs. One gram contains ten lakh micro gram. The quantity, which was purchased or consumed by the accused, is very small," Tulsi said, adding if it is correct then the four should be released on bail immediately as it is a bailable offence.

Tulsi said they cannot be held responsible for criminal conspiracy or murder as the police have said the deceased was beating people and nor the arrested one.

"The guards allegedly beat up with batons in their self-defence as Anmol slapped them," Tulsi said.

He further said "it is a sad case". If the youngsters are involved, they should be punished but as of today they are innocent, so they should be released on bail.

"This is a matter of law and not a matter of emotion...," Tulsi argued, while seeking discharge.

Akshay Kumar Sharma, the counsel for the deceased's family, opposed the senior counsel's submissions and said, "it's not so easy to shift the burden.

"The investigating agency has filed an FIR under section 302 (murder), it means they are also suspects in the murder. Bail to accused at this stage will hamper the probe."

The prosecution also supported Sharma's contention and said all the arrested persons are under suspicion of murder charge as none of them or their parents had called the police on September 17 night.

"It was the neighbour who called the police. The truth is being hidden, which is only known to the members present in the flat on the incident night," the police said.

The police also said they are waiting for the CFSL, electronic and medical report, which can give them more clue about the incident and also about the presence of a number of people during the alleged crime.

Sharma said that as per the post mortem report, there were eleven injuries on Anmol's body and three has been caused with lathi (batons). Two batons were allegedly used by the two arrested security guards, he added.

"There is no explanation about the remaining injuries and also the marks near his private parts are quite suspicious and point to something else," Sharma said.

Pranil's counsel Rakesh Seharawat said "we are the sufferer as my client was not aware of any drugs brought by their friends".

Meanwhile, during the hearing police told the court that they have arrested Bhuwan Sharma, Nehul and Dushyant Lamba in connection with the supply of the drugs.

Seeking four days of police remand for Lamba, the police told the court that he is the main seller who has connection in China also.

"There is an e-mail ID through which Lamba takes order and delivers at the respective place and address. A bank account has also been seized, in which huge money flow from abroad is detected," the police said.

The court, however, granted a day's police remand for Lamba and sent Bhuwan and Nehul to judicail custody till Saturday.

The court will also hear the three bail applications on Saturday.