Earlier, no sooner had hearing on the appeal begun, the NGOs working for the gas tragedy survivors, along with others, opposed it. Central Bureau of Investigation counsel Hemant Shukla said he has not yet received a copy of the appeal and thus can't speak on the issue.

Senior prosecutor Dinesh Dinkar, representing Madhya Pradesh government, opposed the plea and contended the punishment of two years' imprisonment awarded to the convicts was too little as compared to the magnitude of the tragedy.

The petition was filed by defence counsel, Ajay Gupta, on behalf of the seven convicted executives of Union Carbide under section 374 of the Criminal Procedure Code under which an appeal can be filed in the sessions court against the order.

They were awarded two-year imprisonment under relevant sections of IPC. A fine of Rs 1,01,750 under different sections was also imposed on them. 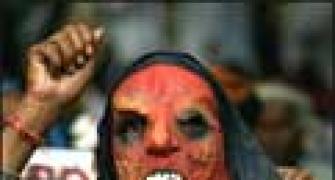