Country needs to be prepared for 3rd Covid surge: SC to Centre

The Supreme Court on Thursday said the country needs to be prepared for the third wave of COVID-19 which experts say could be more harmful, especially for children, and emphasised upon the need to create buffer stock of oxygen. 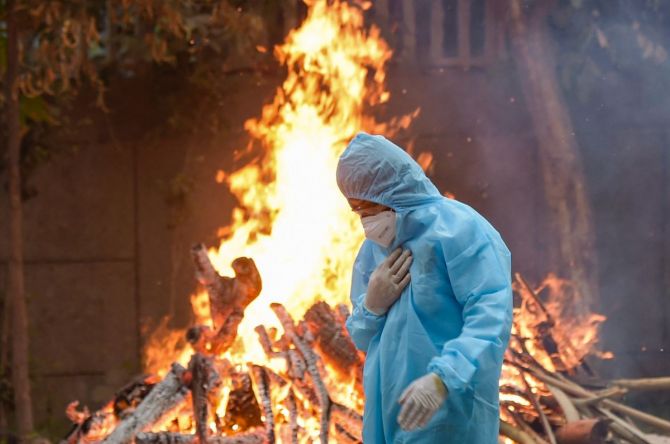 It asked the Centre not to reduce oxygen supply to Delhi from 700MT till further orders and ensure that rationalisation exercise is completed while taking into account the pan-India perspective.

The top court said that people in Delhi are dying despite efforts being made to treat COVID-19 patients and there is also no denying that many have lost their lives due to shortage of oxygen supply.

It made clear to the Centre and Delhi government that it will not allow the top court of the country to be a ground of recrimination between the two as both indulged in a blame game on the issue of allocation and supply of oxygen.

A bench of Justices D Y Chandrachud and M R Shah said: "We need to prepare for the third surge of COVID-19 which may have altogether different parameters. We have to be ready for that. We have been reading that some experts have said that the third surge will be more harmful especially to children.

"We understand children are more resilient as compared to elders but we have to also consider that they themselves will not go to hospitals and their parents will have to take them making them vulnerable."

The bench warned both Solicitor General Tushar Mehta, appearing for Centre, and senior advocate Rahul Mehra, representing Delhi government, that the Supreme Court being the top Constitutional court of the country cannot be allowed to be a ground of recrimination.

"We are making it clear that this is not an adversarial litigation. We are not going to allow this court to become a ground of recrimination between two governments.

"We won't allow any recrimination to be made against Delhi government or the Central government. All we want is that everyone should work in a cooperative manner," the bench told Mehta and Mehra.

Mehra further said that despite the top court's direction, Centre has failed to allocate requisite Oxygen to the state even on Thursday as per their estimate, a day after it had given 730MT.

He said that the Centre has tried to put the Delhi government in dock in every affidavit they have filed before the courts claimed that other States like Madhya Pradesh and Punjab were given more Oxygen than their demands.

At the outset, Mehta told the bench that the Centre has complied with top court's order and instead of 700 MT oxygen ordered, it had ensured a supply of 730 MT to Delhi on Wednesday for treating COVID-19 patients.

He said that a survey was conducted in 56 major hospitals of the national capital on May 4 and it revealed that they had significant stock of liquid medical oxygen (LMO).

Mehta said that unloading of Oxygen tankers brought to Delhi is taking too long as the vehicles need to be sent back for refilling to the eastern corridors.

He said if Centre keeps on giving 700MT of oxygen to Delhi, it will deprive other states of equitable distribution as the demand of 700MT is not correct.

The bench said people and hospitals are making SOS calls including on social media that they have very limited oxygen left or they are running out of it, which is creating panic.

"People and even some big hospitals of the national capital are making SOS calls about a shortage of oxygen supply. Why are you not creating a buffer stock? If as you claim, Delhi is not using or needs 700MT and only 490MT is needed, then this excess 200MT can be used to create a buffer stock," the bench told Mehta.

There can be a centralised pool of buffer stock, like if any hospital runs out of the oxygen, then it can immediately contact to replenish its supply which can save lives and avoid creating panic, it said.

Mehta said there was no dearth of medical grade oxygen in the country but without blaming anybody, there are some lacunae with Delhi government efforts in distributing the gas internally.

He suggested that an audit of oxygen supply and demand be conducted across the country, which would clear the actual picture of which state needs how much gas and how much is allocated to it.

It said creating of buffer stocks like was done in Mumbai, where several centralised points were made and it was publicised properly that if any hospital needed oxygen they could contact them, will assuage the people to a great extent and save lives.

"No one can deny that people have not died due to shortage of oxygen. We accept that not all lives are lost due to want of oxygen but still many have lost their lives. It's a fact," the bench observed.

The top court said the Centre will also have to consider the situation not only in small cities and metropolitan cities but also in rural areas where people are suffering for want of oxygen.

"Have you, being a central government, devised a mechanism to check how oxygen is being distributed. Have you checked whether it is not black marketed or have it reached the required hospital? Have you fixed any accountability," the bench asked Mehta.

The solicitor general said that health is a state subject and it is they who decide how to distribute oxygen and how much to distribute.