Congress president Sonia Gandhi on Thursday criticised the government for 'unplanned' implementation of the countrywide lockdown that she said had caused 'chaos and pain' to millions of migrant workers.

IMAGE: People carry essentials during a nationwide lockdown in the wake of coronavirus pandemic, at Azadpur market in New Delhi, on Thursday. Photograph: Shahbaz Khan/PTI Photo

Calling for availability of all necessary equipment for medical professionals, she said the onus lies on the government to ensure that the spread of infection and casualties are not caused owing to lack of infrastructure or preparedness.

Addressing a meeting of the Congress Working Committee (CWC) through video conferencing, Gandhi said the country was in the midst of an unprecedented health and humanitarian crisis which can be overcome only if everyone acts in solidarity.

"The magnitude of the challenge is daunting but our resolve to overcome it must be greater," she said, calling upon Congress governments, frontal organisations, leaders and workers to offer help to those at risk during the pandemic.

The Congress chief noted that the COVID-19 crisis has caused suffering across the world but it has also 'reaffirmed the bonds of brotherhood' that unite humanity.

She said in India, the poor and disadvantaged have been most vulnerable to the consequences of the pandemic.

"We must come together for their sake and do all we can to support them through the difficult days that lie ahead," she said.

Describing as 'heartbreaking' the sight of lakhs of people walking for hundreds of kilometres without food or shelter, she criticised the government for its 'unplanned' implementation of the nationwide lockdown and causing hardships to the poor.

"The 21-day national lockdown may have been necessary but the unplanned manner in which it has been implemented has caused chaos and pain in the lives of millions of migrant workers all over India," she noted.

She said that as far as the COVID-19 virus is concerned, there is no alternative to constant and reliable testing.

"This is the most effective way to combat it. Our doctors, nurses, and health workers need all the support possible," she said.

Gandhi also called for the provision of Personal Protection Equipment to doctors and paramedics 'on a war footing', besides ventilators and breathing equipment, isolation beds and designated hospitals to treat COVID-19 patients.

"The onus lies on governments to ensure that the spread of infection and casualties are not caused owing to lack of infrastructure or preparedness," she said.

The Congress president said COVID-19 does not differentiate between political ideology, religion, caste, age or gender.

"The choices we make today will have a direct impact tomorrow on our family, neighbourhood, community, environment and nation. How effectively we meet this challenge, how we protect all sections of our society, specially the most vulnerable among us will define us for generations to come. Only if we act together in solidarity, we will overcome," Gandhi said.

She also called upon the Centre to publish and make available details of designated hospitals, number of beds, quarantine and testing facilities, as well as information regarding the availability of medical supplies to the general public.

Highlighting the plight of farmers who have faced the wrath of inclement weather this season, she said they are now confronted with having to cope with the harvesting season.

They urgently require availability of fertilizers and pesticides, access to easy lines of credit, forward guidance in preparing for the planting of the kharif crop, she said, calling upon the government to provide remunerative prices for their produce to survive the present economic onslaught.

Gandhi said Medium and Small-Scale Enterprises are now gravely threatened as they have been hit hardest by the economic fallout of coronavirus and the related lockdown.

The livelihood of crores of our citizens has been imperiled, she noted.

"The government needs to put in place a comprehensive strategy to manage this crisis," she said.

"They are already facing tremendous hardship due to hunger and lack of health facilities. As a nation, we owe them our full and constructive support," she said, highlighting the plight of workers in the unorganised sector.

The Congress president also said the middle classes are vulnerable amid wage cuts, job losses across all sectors of economy, high petrol diesel and gas prices are causing them acute distress.

"I urge the Central government to prepare and publish a Common Minimum Relief Programme," she said, adding that this is vital and will help alleviate several of concerns that currently afflict all people.

Accusing Congress president Sonia Gandhi of playing "petty politics" over the government's efforts to combat coronavirus, top Bharatiya Janata Party leaders on Thursday rejected her criticism of the lockdown as "brazen lie" and asked the opposition party to play a responsible role.

BJP president J P Nadda, Home Minister Amit Shah, Information and Broadcasting Minister Prakash Javadekar and Law Minister Ravi Shankar Prasad were among the senior leaders of the ruling party to hit out at the Congress, with Shah asking it to think of national interest and stop "misleading" the people.

India's efforts under Prime Minister Narendra Modi to combat the virus is being praised world over, they said, asserting that he is taking everyone, including all states, along in this fight.

Nadda asked the Congress to put up a united front in the nation's fight against the endemic and said this was not time for petty politics. Gandhi's comments will weaken this battle, he added.

Top BJP leaders' broadside against the opposition came after Gandhi at a Congress Working Committee meeting slammed the Union government for its "unplanned" implementation of the 21-day lockdown.

Hitting back, Shah accused the Congress of playing "petty politics" over the novel coronavirus outbreak and asked it to think about national interest and not mislead the people.

"Under PM Narendra Modi's leadership, India's efforts to fight the coronavirus are being lauded domestically and globally. One hundred and thirty crore Indians are united to defeat COVID-19. Yet, the Congress is playing petty politics. High time they think of national interest and stop misleading people," he said in a statement.

The former BJP president said the Congress has this "old habit" of always walking a different path in matters of national interest, and that it has sought to divide the country for its "selfish interests".

"When will the Congress put national interest above its selfish politics," Shah asked.

The Congress president, Nadda said, is being "insensitive and indecent" in her comments.

"This is not the time for politics but to serve the nation unitedly. We have to fight this together and win it. The statement of the Congress president will weaken India's battle. Her comments that the lockdown was implemented without preparation is a brazen lie and defy facts," Nadda said.

"The entire country is today fighting decisively and unitedly against COVID-19 under the leadership of Prime Minister Narendra Modi. At such a time, Sonia Gandhi's statement is condemnable, insensitive, indecent and irresponsible," he added.

The BJP president said Modi is taking along all state governments to lead the fight of "team India" against the pandemic and asked the Congress to play the role of a responsible political party in this difficult time.

The Indian government's efforts are being praised across the world, he said.

Javadekar said the need of the hour for everyone is to join hands and to take on the pandemic unitedly.

There will be time for politics after the coronavirus is defeated, this should not be done now, he told reporters.

Prasad said the country is showing "united resolve" in the fight against the coronavirus and, at such a time, it seems shocking in many ways that Gandhi has chosen to question the lockdown with her criticism that it was announced without preparation.

"India is facing challenging times. The need of the hour is that everybody forgetting political divide should speak in one voice and manifest united determination. For the Congress to raises question on this life-saving initiative of lockdown is not only regrettable but also painful," he said.

Despite hardships, people have accepted this "willingly and wholeheartedly", Prasad said, asserting that Modi announced this with due consultation with experts. 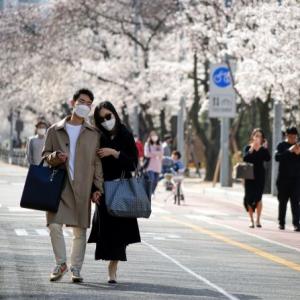