World-renowned virologist Gita Ramjee has become the first Indian-origin South African to have died after contracting the novel coronavirus that has killed five people in the country. 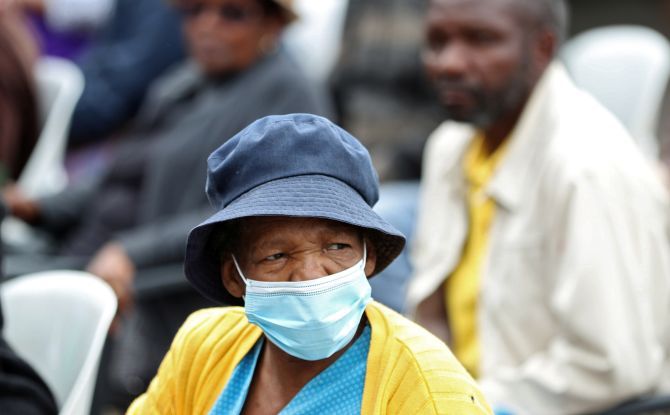 IMAGE: An elderly women looks on as she queues for government grants during a 21-day nationwide lockdown, aimed at limiting the spread of coronavirus disease (COVID-19), in Soweto, South Africa. Photograph: Siphiwe Sibeko/Reuters

Ramjee, a stellar vaccine scientist and an HIV prevention research leader, had returned from London a week ago but reportedly showed no symptoms of COVID-19.

"We are deeply saddened to inform you of the tragic passing of Prof Gita Ramjee in hospital today," said a statement issued by SAMRC President and CEO Glenda Gray.

In 2018, Ramjee was presented with the Outstanding Female Scientist Award in Lisbon by the European Development Clinical Trials Partnerships (EDCTP) for her lifetime commitment to finding new HIV prevention methods, which are conducive to the lifestyles, circumstances and perceived risk factors that South African women are faced with.

"This award is an acknowledgement of the unwavering determination by a global community to forever change the trajectory of the HIV/AIDS epidemic," she had said at the time.

"Professor Gita Ramjee is a towering HIV prevention research leader whose work continues to contribute immensely to the global response to curb the HIV/AIDS epidemic," Gray had said after the Indian-origin scientist received the award.

Ramjee was married to pharmacist Pravin Ramjee, a South African of Indian descent.

Her funeral arrangements have not been announced. Attendance at funerals in South Africa is highly restricted and requires permits as the country is going through a 21-day nationwide lockdown announced last week by President Cyril Ramaphosa.

Five South Africans have died from COVID-19 since Sunday, the third day of the lockdown.

Over 1,350 cases have been reported in the country so far.

The South African government on Tuesday announced that it will double to 10,000 the teams going door-to-door to test people for COVID-19, mainly in the overcrowded Black townships created during the apartheid era.

On Sunday evening, in a national broadcast, Ramaphosa cautioned thousands of South Africans who have not been taking the lockdown seriously.

The death toll from the rapidly-spreading coronavirus pandemic has risen to 41,654 and over 850,580 people have been infected by the deadly virus, according to data from Johns Hopkins University. 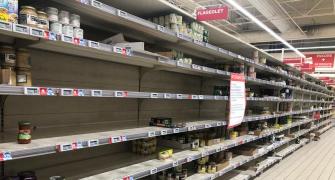 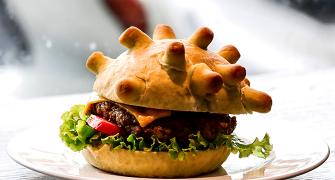 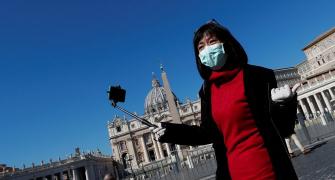 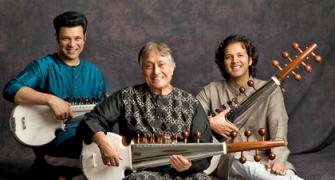 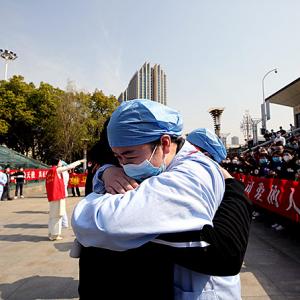 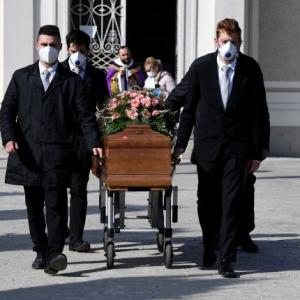