Senior Congress leader and former Defence Minister A K Antony on Sunday urged Prime Minister Narendra Modi to intervene immediately to prevent starvation deaths in the country in the wake of the nationwide lockdown due to the COVID-19 pandemic. 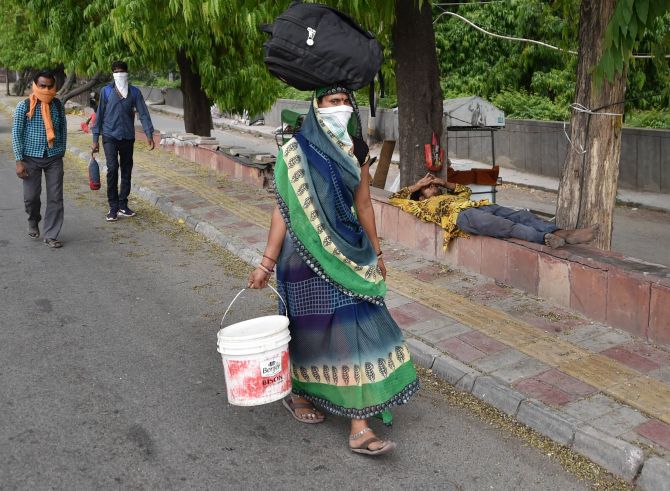 IMAGE: Migrants with their belongings walk along a road to reach their native place Madhya Pradesh, during the nationwide lockdown imposed to contain the coronavirus pandemic, near ISBT in New Delhi. Photograph: Manvender Vashist/PTI Photo

Noting that the situation on the ground was "very difficult", the Congress leader said it was high time the prime minister announced a relief package for the poor and a financial stimulus for the economy.

"The situation is very difficult. The prime minister must intervene immediately. Otherwise, there would be deaths due to hunger and starvation," said Antony.

He also urged the prime minister to take care of the problems of the migrant labourers, the poor and vulnerable sections of society and provide them with a relief package that includes food and cash.

He also demanded an economic stimulus package for reviving the country's economy and putting it back on rails.

Seeking early action on this front, the former defence minister felt the economic activity in the country was totally shut due to the lockdown and if timely steps are not taken it could be too late.

"Otherwise, there will be a total economic crisis in the country," he felt. IMAGE: Migrants travel on a truck towards their native places, during the nationwide lockdown to curb the spread of coronavirus, in Mumbai. Photograph: PTI Photo

Antony also wrote to the prime minister expressing concern over the serious situation in the country and saying that unless there is immediate government intervention, there would be many deaths because of hunger and starvation.

"These deaths would outnumber the casualties because of COVID-19. This is a tragedy that should be avoided at all costs," he told the prime minister.

He also said that as seen across the world, if unchecked, this virus could bring the entire healthcare system to its knees, and cause innumerable loss of lives.

The Congress veteran said though he supported the lockdown earlier, the restrictions are creating economic woes that are being compounded on a daily basis.

"Therefore, this difficult period requires the government to provide a steady financial helping hand to our citizens," he said.

He said Indians, most of them young are already in extreme financial as well as mental duress because of the deteriorating economic situation and the resultant closure of any fresh employment opportunities.

Income and wages of crores of our citizens including our farmers, daily wage workers and those in other informal sectors who together make up over 80 pc of India's workforce, as well as our enterprises starting from the SMEs are seeing significant fall during these distress times, he said.

Antony also felt that crores of migrant workers who are moving back from their workplace to their native villages will struggle for employment opportunities in their home localities with limited economic activities.

"The first financial package that was announced by the finance minister did provide partial relief, but the current circumstances demand a far more comprehensive and substantial economic relief and stimulus package at both an individual as well as institutional level at the earliest," the former defence minister told the prime minister in his letter. 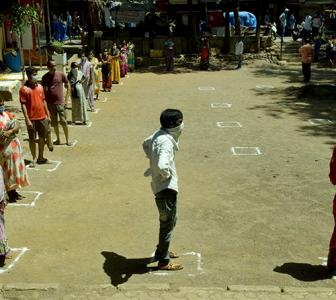 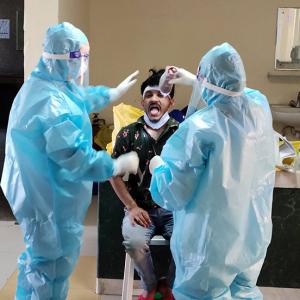