Liquor vends in Haryana will reopen from Wednesday after nearly 40 days, but it will be costlier as the state government has imposed a variable 'Covid cess'. He was speaking to the media in the evening after a Cabinet meeting chaired by Chief Minister M L Khattar at his residence.

The shops will remain open from 7 am to 7 pm in both rural and urban areas, said Chautala, who also holds the Excise portfolio.

However, no 'ahataas' or open drinking places adjacent to liquor vends will be allowed, he added.

The Haryana government had shut down liquor vends in the state from March 27, two days after a countrywide lockdown came into force.

The government has imposed a variable 'Covid cess' on liquor and the additional revenue generated will be used to support the areas or institutions adversely hit by the pandemic, he said.

The 'COVID cess' will be levied on all types of liquor: Rs. 5 per quart in case of country liquor, Rs. 20 per quart for Indian-made Foreign liquor (IMFL), he said.

It will be Rs 5 in case of strong beer and Rs 2 in case of other beer and Rs. 50 per pack greater than 375 ml in case of Imported Foreign Liquor (IFL), he said.

Replying to a question, he said there is no move to permit home delivery of liquor.

After discussion with vendors, manufacturers and wholesalers, the state government decided that the Excise year will be treated from May 1-May 19, 2021, instead of April 1-March 31, a move necessitated by the current Covid situation.

Relevant changes in the Excise Policy had been made accordingly.

In the wake reports of violation of social-distancing norms at liquor shops in Delhi and other places, Chautala said that no crowding at sales counter will be allowed.

It will be ensured that social-distancing is maintained at the vends and there is proper barricading, he said, adding customers will have to stand six feet apart.

Only five customers at a time will be allowed to stand on the sales counter of the retail liquor vend.

10 minutes before the closure of retail vend, no customer shall be allowed to stand in queue, except the five customers already at the counter, he said.

Wearing masks is mandatory for customers and salesmen while liquor vend owners will have to make available hand sanitizers at the counter at all times, he said.

In case of any violation of the guidelines, the Excise department may reconsider its decision of opening the particular vend where violations are reported or observed, he said.

All the licensees shall operate their licenses at the same license fee at which these were allotted before the outbreak of COVID-19 pandemic.

However, A Group of Ministers (GoM) has been constituted for redressal of grievances of the stakeholders which may come up during the operation of the licenses, as per the cabinet decision.

The payment schedule for payment of security and license fee has been reworked so as to provide flexibility to the licensees in order to overcome the difficulty of prevailing cash crunch, an official statement said after the cabinet meet.

As no liquor vend shall be allowed to operate in the containment zones, proportionate waiver of license fee and quota shall be given for such closures, it said.

Meanwhile, the state government ordered a probe Wednesday after reports that over 2 lakh alcohol bottles have gone missing and discrepancy in stock has been found in a Sonipat godown.

Chautala told reporters that Home Minister Anil Vij has ordered an inquiry into the incident.

"We are collecting exact data, there is a warehouse and a police godown and it remains to be seen whether there is any nexus. I have also asked Home Minister to form a Special Investigation Team," he told reporters on the sidelines of the state cabinet meeting in Chandigarh.

The guilty will not be spared, he said. 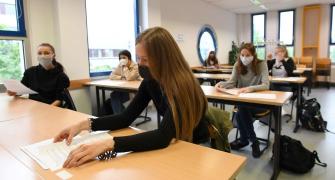 How can schools reopen safely? Guidelines laid down 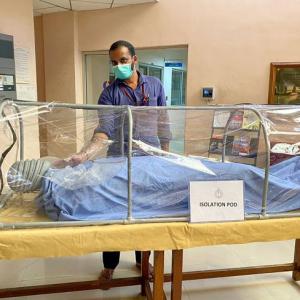