For Santosh Yadav, overcoming the hardships caused due to coronavirus outbreak was no less daunting than battling Maoists in the jungles of Chhattisgarh. Amid the nationwide lockdown, the 30-year-old Chhattisgarh Armed Force (CAF) jawan, posted in the Naxal-hit Bijapur district, travelled over 1,100 km in three days using goods trains, trucks and river boat, to reach his village in Uttar Pradesh after his mother's death.

"I just wanted to reach my village Sikhar after I learnt of her death. Both my younger brother and a married sister live in Mumbai and it was not possible for them to reach the village due to the lockdown," Yadav told PTI.

"I could not leave my father alone in such a situation," he said.

Yadav's wife and two kids also live in the Mirzapur village in Uttar Pradesh where he reached after his mother's death.

Yadav, who joined the CAF in 2009 and is deployed in its 15th battalion, was busy with his routine schedule at his camp in the outskirts of Bijapur on April 4, when he got a call from his father that his mothers condition had deteriorated. He suggested his father to shift her to a hospital in Varanasi.

She was admitted to a hospital in Varanasi the next day but the same evening Yadav's father called to inform that she was dead.

Unavailability of transport facilities due to lockdown was not an issue for the inconsolable Yadav who embarked on the long journey home on April 7 morning after receiving the relieving letter from the commandant.

"I just wanted to make it to the state capital Raipur from where I was confident of arranging something for further journey," he said.

Yadav took a lift on a paddy laden truck from Bijapur to reach Jagdalpur. He waited there for around two hours before spotting a mini truck which dropped him in Kondagaon, around 200 km from Raipur.

"In Kondagaon, I was stopped by police personnel but I explained my situation to them. Luckily an official deployed there was familiar to me and helped me in my travel up to Raipur in a vehicle carrying medicines," he said.

"From Raipur, I boarded a goods train with the help of a friend posted in the Railway Protection Force (RPF). Then, I changed at least eight goods trains to reach Chunar, the nearest railway station to my village, on April 10 morning, thanks to all station masters and my friends working in Railways," he said.

Yadav said he then walked for 5 km to reach Ganga river and took a boat ride across to reach his village.

He said he was stopped at several places by police and railway personnel due to the lockdown but was allowed to proceed on humanitarian grounds.

"As many as 78 men from my village are working in Railways and I was aware that they could be of great help to me during the journey," he said.

Unmindful of his not-so-smooth journey, Yadav says he supports the lockdown as it has been imposed for the safety of people. 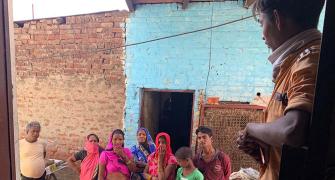 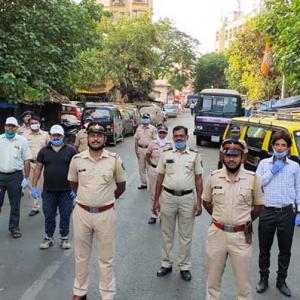 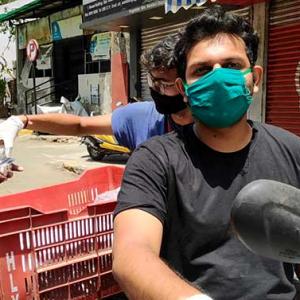