News
Business
Movies
Sports
Cricket
Get Ahead
Money Tips
Shopping
Sign in  |  Create a Rediffmail account
Rediff.com  » News » All you need to know about COVID-19 testing

Two kinds of diagnostic tests are being currently used in India -- RT-PCR test and rapid antibodies test -- as per the global health norms. 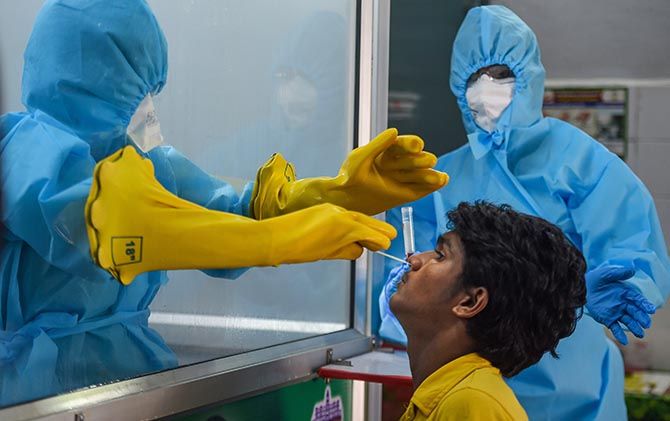 IMAGE: A doctor from inside a protective chamber collects swab sample of a person at a newly installed walk-in sample kiosk for COVID-19 test at a government-run hospital in Chennai. Photograph: PTI Photo

As the world is reeling under the COVID-19 pandemic, medical terminologies like rapid antibodies test, RT-PCR test, hotspots and containment zones have come into focus.

Doctors explain for the common man what these testing and containment terminologies mean.

Two kinds of diagnostic tests are being currently used in India -- RT-PCR test and rapid antibodies test -- as per the global health norms.

"In RT-PCR, it is tested if the virus is present or not. A sample is taken from the respiratory tract of a person, throat swab or a sample from the naseopharyngal region and then tested. The results take about 12-24 hours," said noted Delhi-based lung surgeon Arvind Kumar.

Kumar, who works at Sir Ganga Ram Hospital, said, RT-PCR tests take time and are a costly affair because of its elaborate kit.

"On the other hand, the rapid antibodies test are less expensive and the results can come in 20-30 minutes. It essentially tests if the antibodies in response the coronavirus infection has been generated or not," he said.

These tests are generally used in hotspots where the infection is found concentrated in a given area.

A hotspot is a zone from where a large number of COVID-19 cases are reported.

In Delhi, till Monday night the number of hotspots stood at 47, which have been made containment zones and sealed.

In many cases, it has happened in the past that a person tested negative earlier but after a few days when he or she reached another country, the test came out positive there.

This same person would have come out positive had the RT-PCR test been conducted, but the issue is feasibility of its use.

In government labs, the tests are free but at private laboratories, which use RT-PCR test the cost is Rs 4,500.

The Supreme Court on Monday modified its April 8 order that asked private labs to conduct free COVID-19 tests and said the benefit will be available only to "economically weaker sections" who are covered under a government scheme such as Ayushman Bharat.

The apex court said it never intended to make testing free for those who can afford to pay.

It had on April 8 directed that private labs, which were allowed to charge Rs 4,500 for it, would not charge for the tests observing that they need to be philanthropic in the hour of national crisis.

A spokesperson of the Thyrocare labs, one of the laboratories authorised by the government to do testing, said, testing has to be done judiciously as there are less number of kits in India.

"A doctor's recommendation is required before we can do testing. Well-known video blogger Mumbiker Nikhil had recently returned from the United Kingdom and he got his testing done and even made a video on it to raise awareness as people coming from abroad should consult doctors, especially if they are showing symptoms," he said.

The death toll due to coronavirus in the country rose to 339 while the number of cases soared to 10,363 on Tuesday, said the Union health ministry.

Houses containment zones are being surveyed by medical teams and people being made aware about the signs and symptoms of COVID-19, methods of prevention, social distancing measures, importance of hand washing, Delhi health department authorities said.

Sample collection for high-risk areas in identified containment zones for people who had come in contact with persons testing positive is being carried out, they said, adding that 310 samples have been collected till Monday.

Doctors at Delhi government hospitals said from naseopharyngal and oral samples, if either of that comes positive, that person is considered COVID-19-affected.

How well these tests work depends on several factors, including the time from the onset of illness, the concentration of virus in the specimen, the quality of the specimen collected from a person and how it is processed, and the precise formulation of the reagents in the test kits, experts said.

Additionally, false positive results -- that is, a test showing that a person is infected when they are not -- could occur if the antibodies on the test strip also recognise antigens of viruses other than COVID-19, such as from human coronaviruses that causes the common cold, they said. 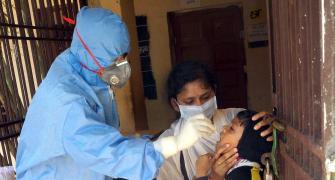 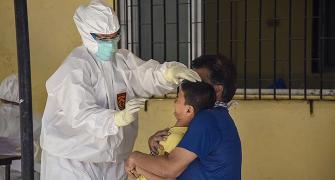 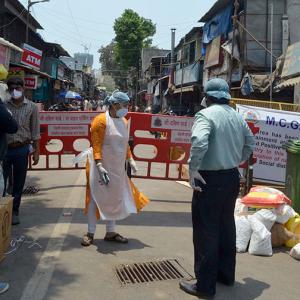 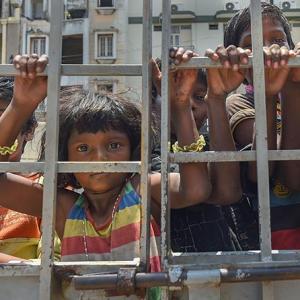