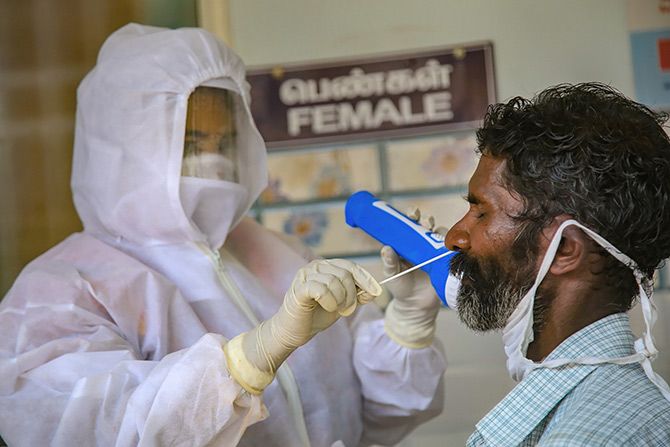 These central teams will be in addition to six already constituted, she said.

The ministry had sent the six previous teams to Maharashtra, Madhya Pradesh, Rajasthan and West Bengal to review the implementation of the lockdown measures after the assessment of ground situation in identified select districts.

Two of these teams have been sent to West Bengal -- one to Kolkata, Howrah, North 24 Parganas, East Medinipur; and the other to Jalpaiguri, Darjeeling and Kalimpong.

The teams comprise public health specialists and officers of the National Disaster Management Authority (NDMA), whose expertise can be leveraged by the state government for management of the COVID-19 pandemic.

The six teams which were earlier sent have shared their observations and findings with the state governments, she said.

The team sent to Indore has reported that there are 171 containment zones in the city, of which 20 are critical.

It has reported that the city has adequate kits, Personal Protective Equipment, masks and other safety tools available and lockdown measures are being followed properly, she said.

Health infrastructure and safety of healthcare workers are being ensured, she said.

The state government has introduced 'saudapatras' to de-congest 'mandis' which are proving effective, she said, citing inputs from the team.

Srivastava said the inter-ministerial central team (IMCT) in Mumbai has suggested installing portable toilets in Dharavi, a densely-populated slum area of the city which has reported over 200 coronavirus cases, to augment the number of community toilets.

The team has suggested to arrange for institutional quarantine for 2,000-3,000 people, besides ramping up the testing capacity for COVID-19, and to increase strength of surveillance teams, she said. 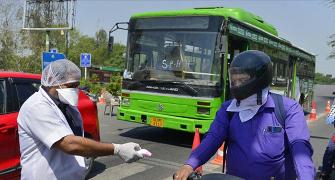