An American woman and a Japanese man became the first foreigners to have died from the new coronavirus in China as the death toll jumped to 723 in the country with the confirmed cases soaring to 34,598, health officials said on Saturday. 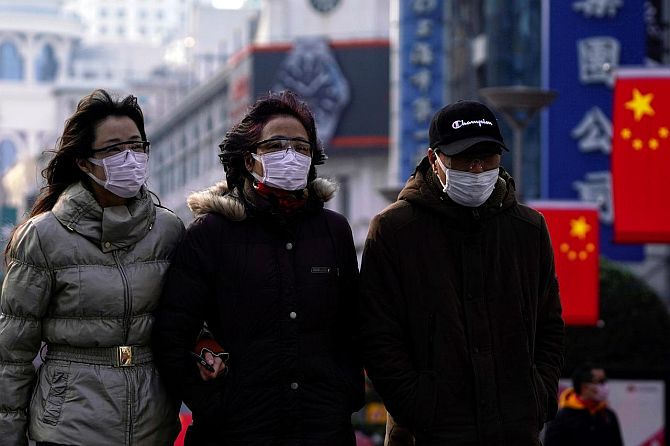 The American citizen died in Wuhan, the United States embassy in Beijing said on Saturday, the first confirmed foreign death from the outbreak.

"We can confirm that a 60-year-old US citizen diagnosed with coronavirus died at Jinyintang hospital in Wuhan, China on February 6," a US embassy spokesman said.

"We offer sincerest condolences to the family for their loss," Hong Kong-based South China Morning Post quoted the spokesman as saying.

The New York Times reported that the person was a woman and had underlying health conditions, citing two people familiar with the matter.

The Chinese foreign ministry said earlier that 19 foreign nationals in China have been confirmed to have contracted the virus and undergoing treatment in hospitals.

Two of them were discharged after recovery, the ministry said without disclosing details. Earlier reports said that four Pakistanis and two Australians contracted the virus.

Though the US woman is officially stated to be the first foreigner to have died due to the coronavirus, a Japanese man hospitalised in Wuhan with pneumonia has also died, the Japan's foreign ministry announced in Tokyo.

The ministry citing Chinese medical authorities said on Saturday the man in his 60s, was possibly infected with the coronavirus but due to difficulties in diagnosing the disease his death had been attributed to viral pneumonia.

His cause of death was given as viral pneumonia, it added. The man is potentially the first Japanese to have died from coronavirus, it said.

State-run CGTN television network reported that the death toll has climbed to 723 while confirmed cases jumped to 34,598.

Among the deaths, 81 are in Hubei province and its provincial capital Wuhan, the epicentre of the virus, two in Heilongjiang, as well as one in Beijing, Henan and Gansu, the commission said.

By the end of Friday, 26 confirmed cases, including one death, have been reported in Hong Kong. Macau reported 10 cases, while Taiwan reported 16 cases, it said.

A total of 4,214 new suspected cases were reported and 1,280 patients became seriously ill, and 510 people were discharged from hospital after recovery, according to the commission.

It added that 6,101 patients remained in severe condition, and 27,657 people were suspected of being infected with the virus. As many as 2,050 people have been discharged from hospital after recovery.

Meanwhile, a central government inspection group has arrived in Wuhan to thoroughly investigate issues related to Dr Li Wenliang, the whistleblower who was admonished by police last month when he flagged the coronavirus in his special media.

Li, 34, died on Thursday, plunging the whole of China into grief and anger over police highhandedness in stifling vital information which resulted in the coronavirus becoming a massive epidemic in China and the world.

The inspection team would probe the issues related to Li, an ophthalmologist with the Central Hospital of Wuhan, who passed away early Friday after being infected with the novel coronavirus, official media reported.

Also health authorities in Tibet said on Saturday that medical observation had been lifted for 32 close contacts of the region's only confirmed case of the novel coronavirus, with no symptoms reported.

The health commission of Tibet said the 32 people were discharged from their two-week isolated medical observation in cities of Lhasa, Shigatse, Shannan and Naqu. None of them reported fever or other symptoms.

Tibet reported its first confirmed case of the new coronavirus on January 30. The patient is now in a stable condition, state-run Xinhua news reported.

Pangolins may be an intermediate host of the virus, as indicated by a study led by South China Agricultural University. Researchers found the metagenome sequence of the novel coronavirus strain separated from pangolins to be 99 per cent identical to that from infected people.

The death toll of the coronavirus cases overseas went up 220 with Japan reporting 86 followed by 33 in Singapore.

Chinese health officials have sent more than 11,000 medics, including the country's best ICU staff, to the city of Wuhan.

Among them, over 3,000 doctors and nurses are intensive care specialists, Guo Yanhong, an official with the National Health Commission, told media here.

"We are fully aware of the urgent need for ICU professionals in Wuhan. The current medics have been working for quite a long time and are exhausted both physically and mentally," Guo said.

The World Health Organisation chief Tedros Adhanom Ghebreyesus on Friday said the world was running out of masks and other protective equipment against the novel coronavirus.

China is doing a good job on its fight against the deadly coronavirus that has taken the lives of large number of people, President Donald Trump has said, adding that the United States was helping them out.

"China is working very hard. Late last night, I had a very good talk with President Xi and we talked mostly about the coronavirus," Trump told reporters at the White House on Friday.

"I think they are doing a very professional job."

The Chinese, Trump said, were in touch with the World Health Organization and also the Center for Disease Control and Prevention.

"We're working together," he said.

"I had a great conversation last night with President Xi. It's a tough situation. I think they're doing a very good job."

Asked if he is concerned about its potential impact on global economy, Trump said: "I think that China will do a very good job."

According to US Health Secretary Alex Azar, there have been 12 confirmed cases of the novel coronavirus in the United States, including two cases of transmission to people who had not recently been in China.

The US has offered to send world-class experts to China to assist them, Azhar said. 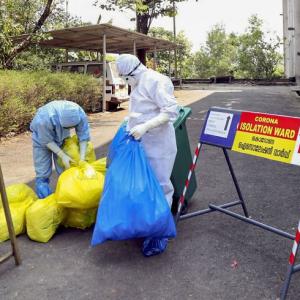