The death toll in China due to the novel coronavirus epidemic has crossed 1,000, while the confirmed cases have gone over 42,000, health officials announced on Tuesday. 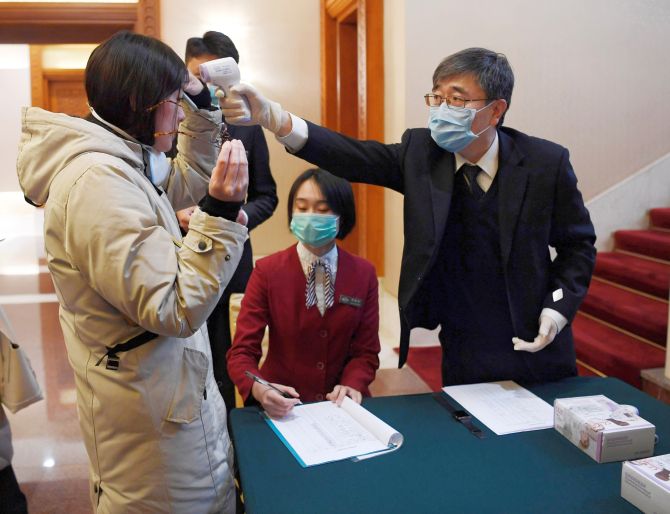 IMAGE: A man uses a thermometer to check the temperature of a journalist covering a meeting between Tedros Adhanom, director-general of the World Health Organization, and Chinese foreign minister Wang Yi at the Diaoyutai State Guesthouse in Beijing. Photograph: Reuters

As many as 108 deaths were reported on Monday and 2,478 new cases of the lethal disease were confirmed, the National Health Commission said in its daily report.

The death toll due to nCoV rose to 1,016 and the confirmed cases have gone up to 42,638, according to the commission.

Among the deaths, 103 were in Hubei province, the epicentre of the outbreak, and one each in Beijing, Tianjin, Heilongjiang, Anhui and Henan, state-run Xinhua news agency quoted the commission as saying.

A total of 3,996 patients infected with the coronavirus have been discharged from hospital till Monday after recovery, it said.

On Monday, 3,536 new suspected cases were reported and 849 patients became seriously ill, while 716 people were discharged from hospital after recovery, the commission said.

As many as 7,333 patients remained in severe condition and 21,675 people are suspected of being infected with the virus. Over 4.28 lakh close contacts had been traced and more than 1.87 lakh others are still under medical observation, according to the commission.

A team of international experts led by the World Health Organisation arrived in China on Monday night to assist the Chinese health officials in containing the coronavirus outbreak.

The team is led by Dr Bruce Aylward, a veteran of past public health emergencies.

Composed of international experts in various fields, the expert group will work with their Chinese counterparts to increase understanding of the epidemic and guide global responses, state-run People's Daily reported.

China and the WHO will form a joint expert team to conduct in-depth discussions on and evaluations of the novel coronavirus epidemic and the containment, a National Health Commission spokesperson said.

They will provide suggestions on joint prevention and control of the coronavirus outbreak to China and other affected countries in the next step, Mi Feng, an official with the NHC, told a news conference in Beijing.

"We welcome international experts including those from the United States to take part in the joint expert team," Mi said, adding that appropriate arrangements for the team would be made after thorough consultation and communication. 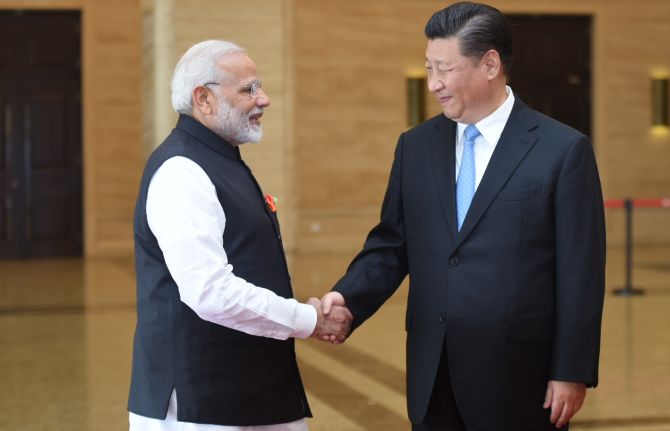 China thanks Modi for letter to XI on coronavirus