Cop who probed 2012 gang rape to receive award in NYC

Indian woman police officer Chhaya Sharma, who led the investigation into the brutal 2012 December gang rape, has been chosen along with six others for the 2019 Asia Society Game Changers award for redefining the role of female police officers. The awards, which were announced by the New York-based leading cultural organisation Asia Society on Wednesday, will be presented at a special ceremony next month.

Asia Society is the leading educational organisation dedicated to promoting mutual understanding and strengthening partnerships among people, leaders and institutions of Asia and the United States in a global context.

Sharma, who serves as the deputy inspector general at the National Human Rights Commission of India, is among the awardees.

The Kung Fu Nuns, a group of Buddhist nuns from India and Nepal who have harnessed their mastery of martial arts and are also widely known for their social activism and humanitarian work are also among those chosen for the award.

The Asia Society Game Changers award identifies and honours true leaders who are making a positive contribution to the future of Asia. This is the first time that all the awardees are women since the awards were launched in 2014.

"Our 2019 Asia Game Changers are women who have truly championed gender equality while making enormous contributions to society and social structures within their home countries," Asia Society President and CEO Josette Sheeran said.

"They are inspiring agents of change who are building a better world - for women and for everyone -- by changing the rules, changing the game, and challenging all of us to follow their lead," Sheeran said.

In recognition of the award for Sharma, the Asia Society said the officer “has led the investigation and prosecution of several high-profile crimes in India, including the infamous Delhi gang rape case that earlier this year turned into a television series. She has transformed police work and the roles of policewomen in India.”

In its profile for the officer, the organisation said the then South Delhi Deputy Police Commissioner responded immediately when she received a call shortly in the wee hours of December 16, 2012 about the gang rape of the 23-year-old medical student.

“Sharma vowed that justice would be served. As a woman leading a team of more than 40 investigators, she came to the case with a track record of not only solving some of Delhi's toughest crimes, but also fundamentally shifting how such police work was carried out,” it said.

Describing her as the “lifelong guardian of human rights”, Asia Society said Sharma has guided her officers to treat victims with the utmost respect and dignity, regardless of their background.

The other awardees include Japan's Yuriko Koike, the current and first female governor of Tokyo, China's Jane Jie Sun, the leader of Ctrip, a $25-billion travel company in China, and Sheikha Hoor Al Qasimi from UAE, a pioneer in the art world who has promoted greater cultural understanding and exchange in the Middle East and around the world, the Society said. 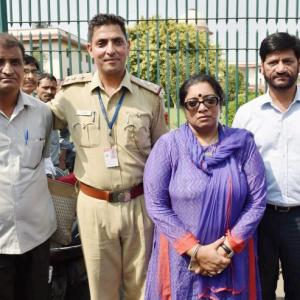 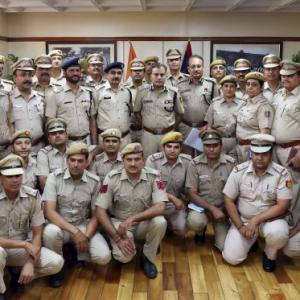