The mortal remains of Delhi Police head constable Ratan Lal were consigned to flames at his ancestral village in Rajasthan's Sikar district on Wednesday.

The head constable was killed in the violence that broke out in northeast Delhi on Monday.

The funeral was conducted with state honour at Tiyawali village in the presence of his family members, relatives and senior officials from the district administration and police. 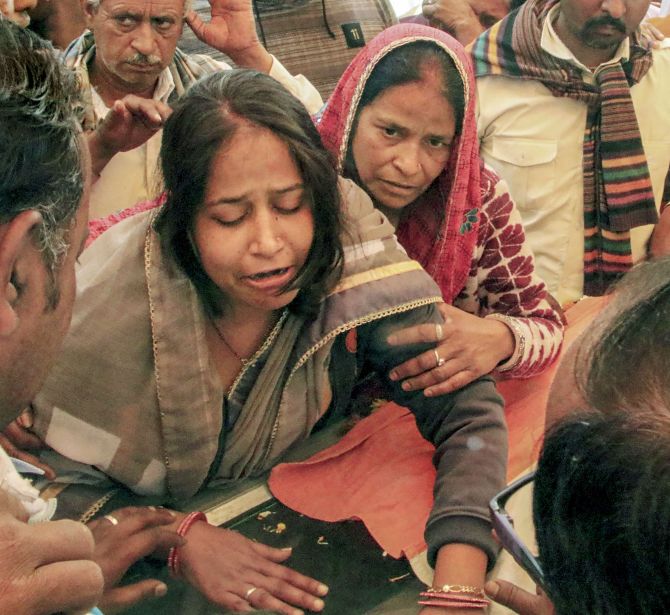 Earlier in the day, the villagers had blocked the Jhunjhunu highway for nearly five hours to raise their demands of giving the status of martyr to the head constable, compensation and a job to the next of kin of the deceased.

Sikar MP Sumedhanand Saraswati told them that the Union minister of state for home has agreed to their demands. 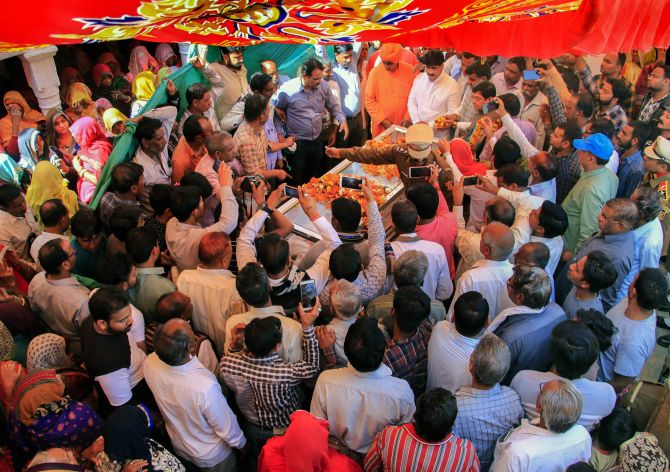 After getting assurance from the Sikar MP, Lal's body was brought to the village and the funeral was conducted.

The Delhi government has decided to give a compensation of Rs 1 crore to the family of Lal.

IMAGES: Family members perform last rites of slain Delhi police head constable Ratan Lal, who was killed during communal riots over the amended citizenship law in east Delhi area, in Sikar district of Rajasthan, on Wednesday. All photographs: PTI Photo
© Copyright 2020 PTI. All rights reserved. Republication or redistribution of PTI content, including by framing or similar means, is expressly prohibited without the prior written consent.