At least one policeman was killed and two injured on Tuesday when an improvised explosive device went off near a police mobile van deployed for the security of polio workers in northwest Pakistan's Khyber Pakhtunkhwa Province, officials said. 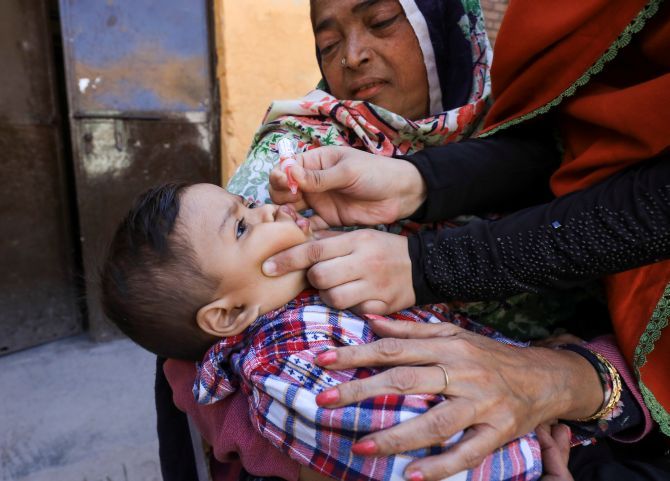 The incident took place in Kulachi area of Dera Ismail Khan city in the province where the van was deployed for the security of the polio workers canvasing the area, District Police Officer Wahid Mahmood was quoted as saying by the Dawn News.

One policeman was killed and the two injured have been shifted to the District Headquarters Hospital, where their condition is said to be stable, Mahmood said.
The area has been cordoned off, while a search operation is underway, he added.

However, no group of the banned outfit has claimed the responsibility for the attack.

Earlier this month, the National Institute of Health confirmed five more polio cases from Khyber Pakhtunkhwa and Balochistan province, bringing the tally for the current year so far to 17.

Attempts to eradicate the crippling disease in Pakistan have been seriously hampered by deadly targeting of vaccination teams in recent years by militants, who oppose the drives, claiming the polio drops cause infertility.

Attacks on polio workers are common in various parts of Khyber Pakhtunkhwa and Balochistan. This is one of the biggest hindrances to the eradication of polio from the country.

Last year in December, gunmen killed at least two policemen in an attack on a polio vaccination security team in Lower Dir district of the province. 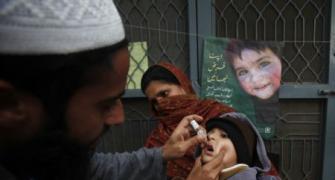 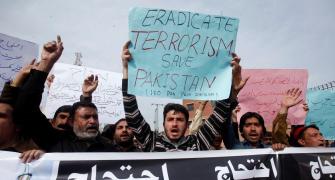 3 Sikhs among 32 killed in blast in Pak's northwest 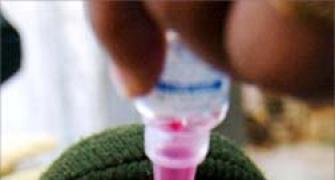 The drop that eradicates polio 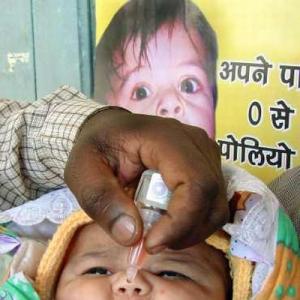 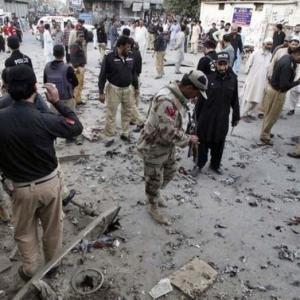 15 killed in bomb blast outside polio centre in Pakistan