The Dravida Munnetra Kazhagam and Congress were locked in a battle of attrition, a day after the regional party announced pulling out its ministers from the United Progressive Alliance government with neither party making any moves to break the deadlock in the aftermath of failure of seat-sharing talks for the Tamil Nadu Assembly elections.

Highly-placed sources in both the parties in Chennai and Delhi said they were not not going to blink first and were prepared for any fallout over the DMK high-powered committee's decision last night to withdraw from the government and its impact on the highly-successful seven-year-old alliance between the two parties.

DMK Parliamentary Party leader T R Baalu said the party's six ministers, two of them at the level of Cabinet, will meet Prime Minister Manmohan Singh around noon and submit their resignations. He said no one from the Congress leadership had made any contact with the DMK high command on the current state of relations.

Highly-placed sources in the DMK said they were going ahead with seat-sharing talks with the Pattali Makal Katchi and allocation of seats to a number of small allies had already taken place putting restrictions on how much the party could accommodate Congress. The sources said it appears that there is no chance of a patch-up with the Congress. The sources said there was some hardening of the stand in the party leadership and they were not not in a mood to even repeat Saturday night's offer that they were prepared to consider a tie-up even at this stage if Congress confined its demand for 60 seats and gave up its condition that it would choose the constituencies it would contest.

In Delhi, equally the Congress party also did not not appear to be the one to be in a hurry to buckle to what it considers DMK's pressure tactics. "No initiative will be taken by us to break the deadlock and we are prepared for DMK's move to pull out its ministers from the government," the sources said on condition of anonymity. The sources dismissed reports that senior Congress leader Pranab Mukherjee or Health Minister Ghulam Nabi Azad were being dispatched to Chennai for talks with DMK Chief M Karunanidhi to sort out issues. "We will prefer to wait and watch," the sources said. There is also a feeling in the party that the option of tying up with All India Anna Dravida Munnetra Kazhagam appears to be limited because of the timing and also because she is considered a difficult ally. The Congress leadership feels that DMK could come down from its position and that its decision could be only a posturing against the backdrop of difficulties the party was facing in view of the CBI investigations in the 2G spectrum scam in which the agency has already raided the premises of Kalaignar TV and could question Karunanidhi's family members.

In the elections for 234 seats, the DMK had agreed to give 60 seats for Congress and was planning to contest in 122 seats on its own apart from giving over 50 seats to allies like PMK and some other smaller parties. The DMK has 18 MPs in the Lok Sabha.

Congress sources said, "there is more to it (DMK's decision) than meets the eye. You don't forego the support of 18 MPs at the Centre for getting three seats more from your ally in the seat-sharing," a senior leader said. There is a view in the party that even if DMK withdraws support, it will not have a bearing on the survival of the government and, as such, giving in at this juncture makes no sense as it could "create fresh problems in future".

The DMK had surprised the Congress by announcing yesterday that it was withdrawing from the government saying that Congress did not want it to continue in the alliance. The party accused the Congress of increasing its demand to 63 assembly seats after initially agreeing for 60 seats. Asked about the possibility of Congress-DMK alliance survival, party spokesperson Abhishek Singhvi, however, said, "we certainly do not subscribe to pessimistic or doomsday scenario."

The source added, "Our only object is to get the best negotiated understanding both for the Congress and for the alliance as a whole." Sources in Congress indicated that the party would not take any initiative on its own right now to woo the DMK which had taken the unilateral decision to opt out of the central government in the middle of negotiations. "Since the announcement to pull out support has come from them, the ball is in their court to save the alliance," a senior party leader said.

Senior Congress leaders are expected to meet before the Parliament session on Monday to review the situation. 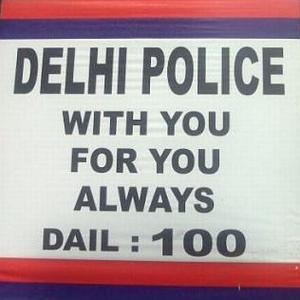