The Congress finalised the names of all 118 candidates of the 126-member state assembly at a meeting of the party's election committee chaired by Sonia Gandhi on Saturday.

The party is seeking a third consecutive term in power in Assam. The state will witness polling in two phases with the first phase covering 62 assembly seats on April 4 and the remaining 64 seats on April 11. Counting of votes will take place on May 13.

The list includes most of the sitting members of legislative assembly including ministers and former ministers of the state.

A piquant situation has arisen in the state with United Progressive Alliance ally Trinamool Congress deciding to field candidates in all seats with a view to expanding its base in the north-east, which could help it in getting national party status. 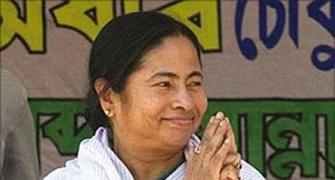