The Congress on Tuesday moved the Election Commission alleging that Prime Minister Narendra Modi took out a "road show" after casting his vote as well as made political remarks in violation of the model code of conduct, and demanded that a campaign ban of 2-3 days be imposed on him for being an "uncaring offender". 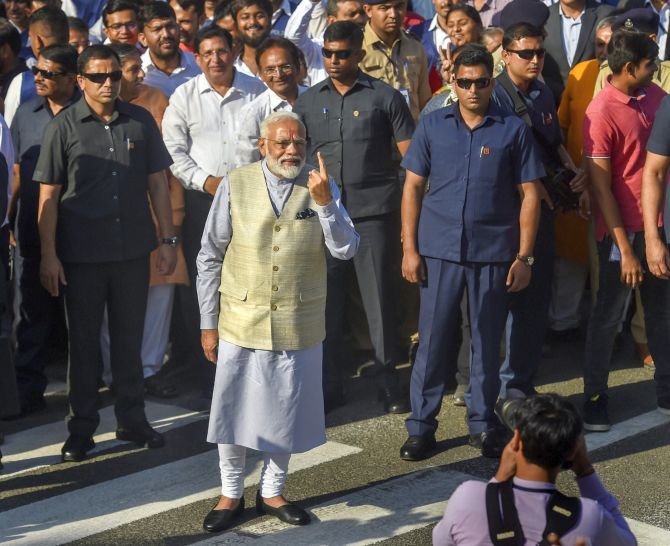 The opposition party also made a representation to the EC over alleged model code of conduct violation by Bharatiya Janata Party chief Amit Shah and demanded a 72-hour campaign ban on him.

The party strongly raised the issue of alleged violation of the model code of conduct by the prime minister.

After casting his vote in Ahmedabad, Modi walked some distance from the polling booth and interacted briefly with mediapersons.

He said the Congress had written to the EC on Monday night complaining about the "violation of the model code of conduct" by Modi after casting his vote in the past.

"Our prediction came true as in today's polling after casting his vote, the prime minister took out a long road show, gave speeches and political statements soon after voting," Singhvi said.

There has never been such clear and transparent violation of the model code of conduct, Singhvi alleged.

"We told the EC that he is a habitual, egregious, and completely uncaring offender. He doesn't care for the EC," the Congress leader said.

"It is very distressing and sad. There is no point taking 5-10 days before responding. We said action should be taken against the PM within hours and a campaign ban be imposed on him for 48 or 72 hours," he said.

The Congress memorandum to the EC alleged that the prime minister had made detailed plans to undertake, in defiance of electoral laws, a roadshow
before and after he voted.

"We urged the Commission to take preventive steps as the prime minister has a history of violating the law by taking out elaborate road shows in the general elections 2014 and Gujarat assembly elections in 2017," the memorandum said.

"If the EC doesn't enforce what it commands uniformly and without fear or favour then the sanctity of this Commission stands compromised. Such brazen violations call for immediate exercise of this Commission's wide powers against the offenders," it said.

Singhvi said the EC has not taken action on earlier complaints against the Prime Minister, while action has been taken against UP Chief Minister Yogi Adityanath.

"So, there cannot be double standards as laws are the same for everybody," he said.

The Congress's memorandum against Shah called for urgent and necessary directions against the BJP chief for what it termed as "continuous and repeated" violation of the model code of conduct. 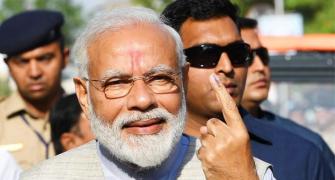 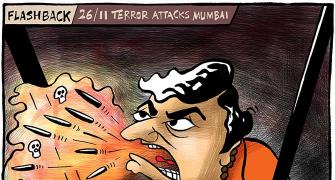 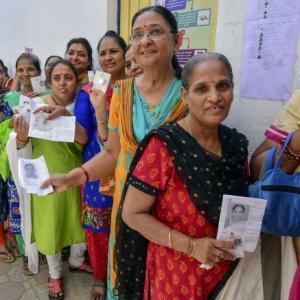 64.66 per cent cast vote in third phase of LS polls