With the Opposition unwilling to allow a discussion in the Lok Sabha on foreign direct investment in retail without a vote, and the government equally unwilling to grant the Opposition demand as it is uncertain about which way the Samajwadi Party will vote, the winter session of Parliament has been unable to conduct any business so far.

The only way the Congress party will allow a vote on the motion will be when it is certain that the numbers are in its favour, and for this it has been eyeing the Opposition stables.

Its internal calculations show that 25 members of Parliament from the Bharatiya Janata Party, the Trinamool Congress and the Janata Dal-United are vulnerable to being persuaded, and its floor managers are looking at engineering a split in the Opposition vote to ensure the easy passage of the motion on FDI in retail.

Saturday and Sunday will be devoted to buttress their strength by the Congress floor managers. It has been done before, by Prime Minister PV Narasimha Rao and more recently by the Prime Minister Manmohan Singh during the vote on the Indo-US nuclear deal.

To this end, source said six supporters of BS Yedurrappa from the BJP are being wooed, while four Trinamool MPs who are disgruntled with Mamata Banerjee will certainly defy the party whip and vote with the government.

The list of political parties and their strength in the Lok Sabha is now the hot subject of analyses and calculations. This has become a major talking point in the corridors of power, after the prime minister's dinner to BJP leaders to convince them of their support failed.

Ruling party strategists have calculated a strength of 244 for themselves, while the entire Opposition put together comes to 240. And how this number is arrived at is complex.

Insiders who are busy crunching the numbers say the United Progressive Alliance including the Dravida Munnetra Kazhagam has a strength of 255, and with the Rashtriya Janata Dal's four votes and the Janata Dal-Secular's 3 votes, it comes to 262

If the Samajwadi Party and the Bahujan Samaj Party too vote in tandem with the government, it reaches 305 votes, a comfortable margin at any time.

In case the DMK walks out or abstains, the UPA will still have 287 votes.

If the BSP's 21 members abstain or walk out, the number comes down to 266.

And if the SP abstains or walks out, the UPA will be left with 244 votes, which is the bare minimum it can count on.

The Opposition National Democratic Alliance's strength is 156, the Third Front has 54 votes, Babulal Mirandi has two, the Lok Morchas with four, Independents two, the YSR Congress two, and AIMM one. If all these vote against FDI in retail, the NDA plus Opposition vote comes 240.

Congress floor managers and those who operate outside the system in the dirty works department are confident the UPA will get 244 votes and more for FDI, with which the government is in a safe and sound position.

Insiders are also planning to ensure abstention or walkout by Jaya Pradha, the unattached MP suspended by SP after she went with Amar Singh.

The other MPs being eyed to abstain or walk out are Inder Singh Namdhari, Raju Shetti from Maharashtra, Putul Kumari from Banka, and Kabir Suman, the rebel Trinamool MP.

Plus there is the Telugu Rashtra Samithi's Chandrasekhar Rao who has two votes, and  Shibhu Soren's Jharkhand Mukti Morcha which has two votes.

The government thus is confident of winning the FDI in retail vote even if the NDA, Trinamool and Communists get together, by a safe margin of four to eight votes.

But the government wants to show the UPA will win the vote with a comfortable margin of around 20. For this, the strategy is to split the BJP, Trinamool and JD-U to try for a margin of 25 but it may end up with 20.

A Correspondent in New Delhi
Print this article 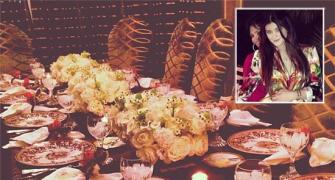 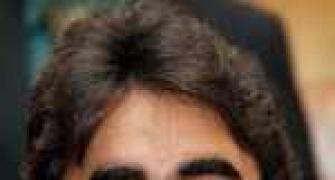 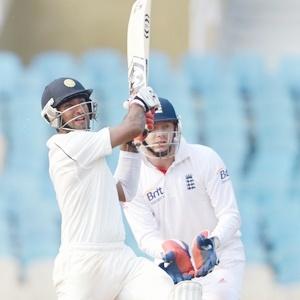