A week after he was arrested and released on bail for making controversial remarks against the Muslim community, another case was registered against senior politician P C George by the police on Tuesday, on charges of hate speech. 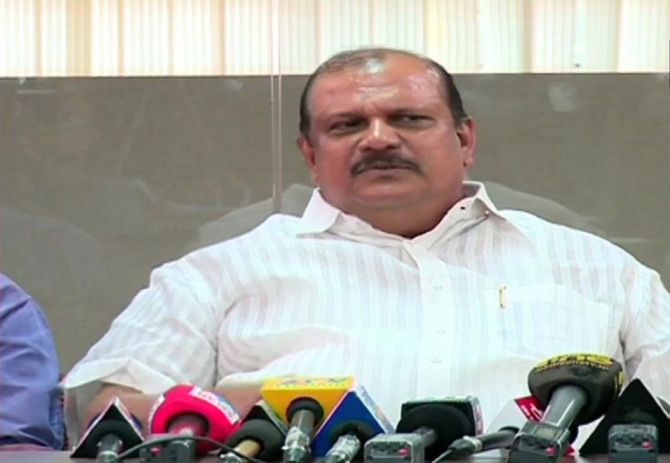 The Palarivattom police in Kochi booked the former MLA over his objectionable remarks during a speech, which he delivered in connection with a temple festival at Vennala on May 8.

The case was registered under IPC 153 (promoting enmity between different groups) and 295 A (deliberate and malicious acts, intended to outrage religious feelings of any class by insulting its religion or religious beliefs), a police officer said.

"Further proceedings in the case will be finalised after examining the details and bail conditions regarding the earlier case registered at Thiruvananthapuram," he told PTI.

Seventy year-old George, who was the chief whip while Congress-led UDF was in power, had sparked off a controversy by asking non-Muslims in Kerala to avoid restaurants run by the community.

As the remarks triggered a widespread political controversy, a case was registered and he was arrested on May 1.

However, within a few hours of his arrest, George secured bail by a magisterial court.

George, who represented the Poonjar constituency in the state assembly for 33 years, had lost his bastion to the Left Democratic Front candidate in the 2021 assembly polls in a triangular fight.