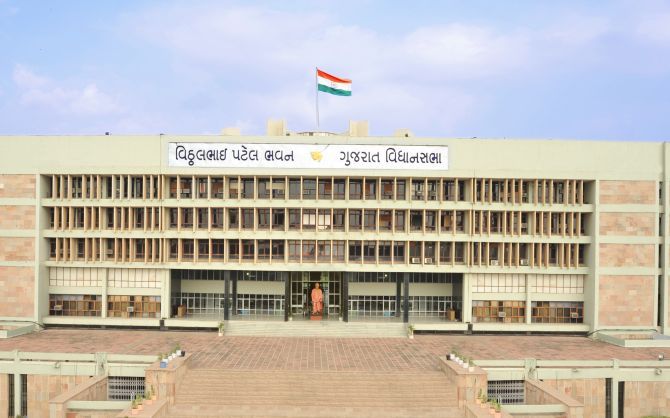 The Gujarat assembly witnessed a ruckus on Wednesday as the members of the ruling Bharatiya Janata Party and opposition Congress came to blows.

Following the incident, a Congress MLA was suspended for the entire budget session of the assembly.

The Congress members hit BJP MLA Jagdish Panchal with the rod of a microphone and also punched him, following which the members of the ruling party assaulted Amrish Der of the opposition party.

The ruckus began when Speaker Rajendra Trivedi stopped Vikram Madam of the Congress from expressing his views during a discussion on an issue after the Question Hour.

Madam, however, insisted that he would speak.

At that time, Der asked the speaker to allow Madam to speak.

The speaker objected to his tone, following which Madam and Der rushed to the Well of the House in protest.

Trivedi then suspended both the Congress MLAs for the day and they were taken out of the assembly by the marshals.

This enraged Congress MLA Pratap Dudhat, who then attacked the BJP's Jagdish Panchal with a rod attached to a microphone.

Dudhat was angry with Panchal for asking Congress MLAs to remain silent when the speaker was making his point.

After the attack on Panchal, the speaker suspended Dudhat for the rest of the budget session.

He then adjourned the House for 10 minutes.

In the meantime, Der entered the House from the back door and attacked Panchal.

The other BJP members present in the House came to Panchal's rescue and attacked Der.

The marshals rushed in and brought the situation under control. 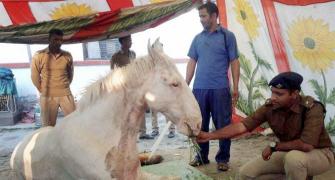 Uttarakhand BJP MLA: 'I was not there when the horse fell' 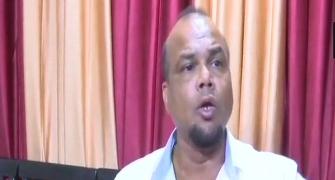 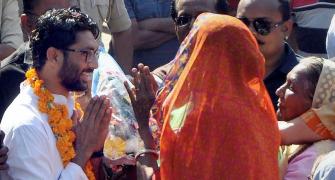 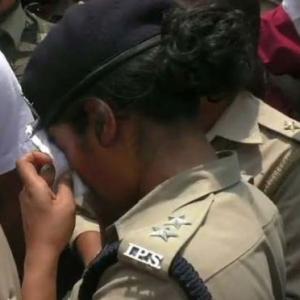